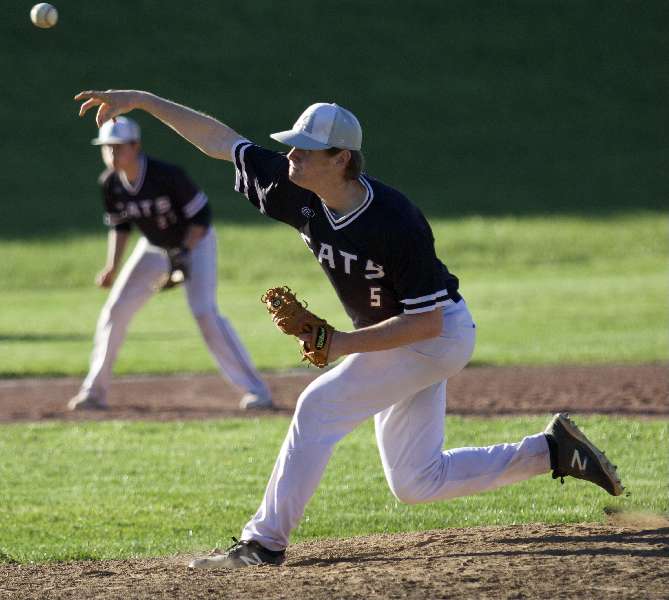 Lister, who pitched a complete-game four-hitter in his last start, tossed 5 2/3 innings to earn the win, allowing three hits, while striking out nine and walking one.

Sullivan allowed two hits, while striking out two and walking one in 1 1/3 innings of relief.

Athens took a quick 2-0 lead in the top of the first inning.

Senior Karter Rude led off the game with a single, stole second, and scored on a two-out outfield error off the bat of Lister, who scored on an RBI double by junior Lucas Kraft.

Senior Kaden Setzer, J.J. Babcock, and Dylan Merritt led off the second inning with consecutive singles to load the bases. With two outs, Sullivan looped a two-run single to right field to make it 4-0.

Athens added an unearned run in the third inning, then tacked on two runs in the fifth in a rally highlighted by an RBI single by J.J. Babcock.

Cam Fabian was 3-for-3, and Hunter Thompson had two hits to account for all five of NP-M’s five hits.