MIDD-WEST PUTS ATHENS AWAY IN SECOND HALF 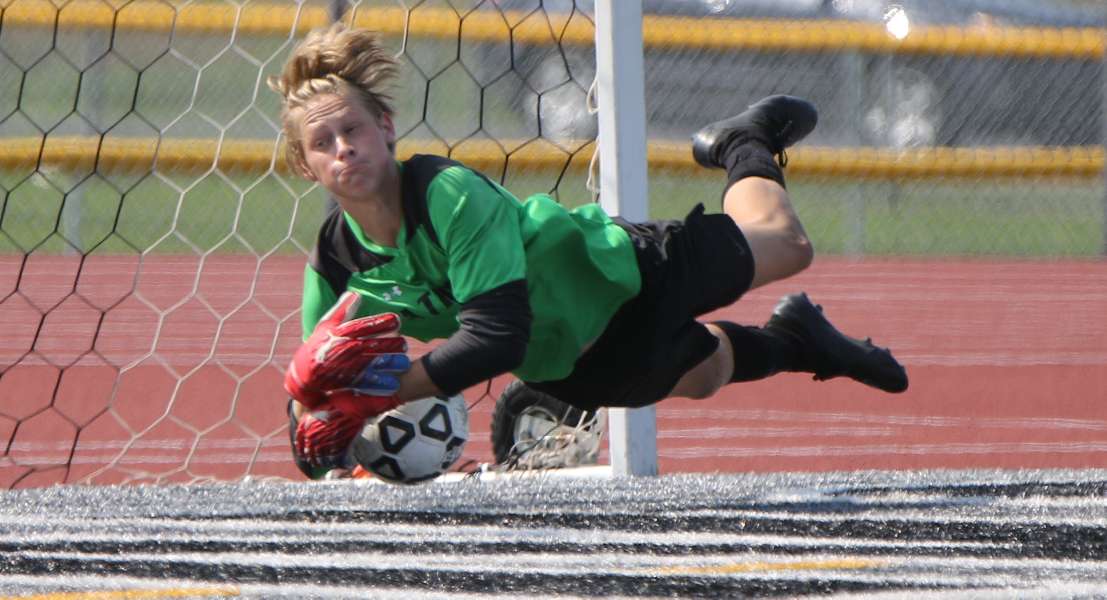 “It was a good first half from the team, but a poor second half,” said Athens coach Jake Lezak.

“We have to be a better team and kill the dribble, and put the other teams back line under pressure,” noted Lezak.

“Poor transition led to the second and third goals after we failed to pass early and lost possession.

“I think the biggest issue we have is trusting each other against the better opponents,” added Lezak. “The boys have to take ownership of their own mistakes first then we can improve.”

Owen Solomon made a run down the right-side of the box, and fired a shot across the goal mouth inside the net at the far post with 15:08 remaining in the first half for the only goal prior to the halftime intermission.

Athens senior keeper Grant Liechty made a pair of diving saves in the first half to keep the score at 1-0.

Kyle Ferster and Noah Romig scored in the opening minutes of the second half to give the Mustangs a 3-0 lead.

Romig and Solomon tacked on goals in the final 15 minutes to provide the final margin.

Liechty recorded six saves in net the for the Wildcats.