RUDE DROPS HEARTREAKER IN OPENING ROUND OF CLASS AA CHAMPIONSHIPS 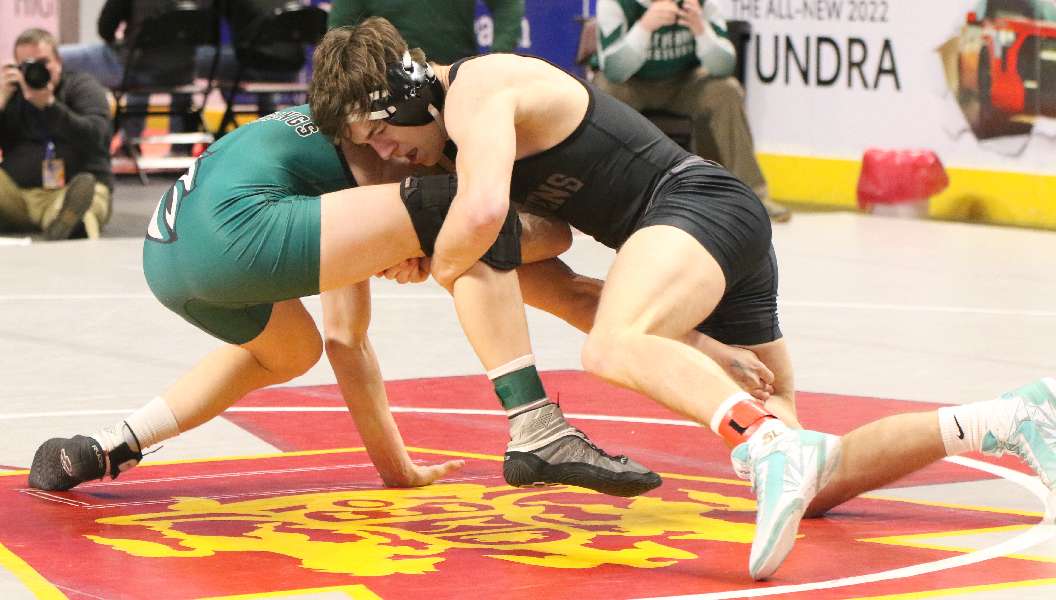 HERSHEY — Athens senior Karter Rude wrestled a strong four minutes, but got caught in a scramble early in the third period, and dropped a 5-2 decision in the opening round of the PIAA, Class AA wrestling championships here Thursday morning.

Rude, now 32-8, squared off against West Perry junior Justice Hockenberry-Folk, and scored a takedown with 24 seconds remaining in the first period.

Leading 2-0 in their 152-pound bout, Rude rode top for the entire second period, but wasn’t able to turn Hockenberry-Folk.

Early in the third period, Hockenberry-Folk got in on a leg, and caught Rude coming over the top, and turned him to his back. He held him there for the final 1:44.

“He got caught in a scramble, and sometimes you just come out on the bad end, and that’s what happened to him,” said Athens assistant coach Jay White. “I feel really bad for him.

“(Hockenberry-Folk) is really good on top, and Karter’s best on his feet, so we figured he was going to win or lose it on his feet. It didn’t work out.

“He’s better than that kid,” he added. “He just got caught.”

Rude will face Mount Pleasant senior Conor Johnson (19-22) in the first round of wrestlebacks this afternoon.

“It’s a hard one to swallow,” said White. “He was winning that bout, it was a big one for him to get through. He would have been done for the day.

“Now, we’re going to have to come back and wrestle again (this afternoon,” he added. “It’s a long road from here.”