SOUTH WILLIAMSPORT TOPS ATHENS, 39-28, IN OPENING ROUND OF D4 DUALS 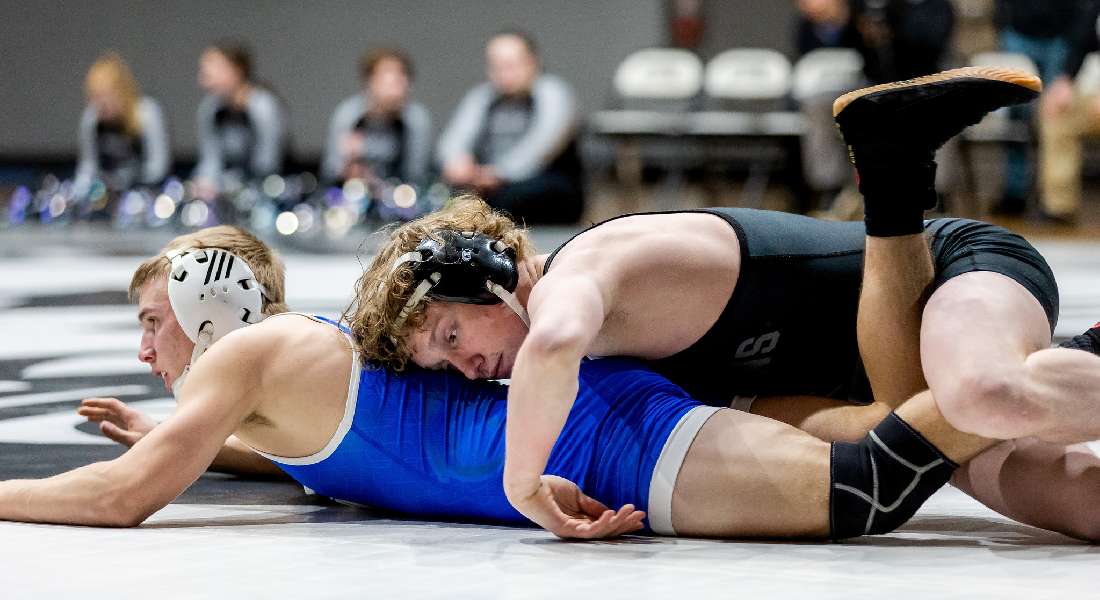 ATHENS — Athens lost the pre-match coin flip, a couple of “toss-up” matches, and eventually a 39-28 decision to South Williamsport here Wednesday night in the opening round of the District 4 Wrestling Duals.

Losing the coin toss, which determines who dictates the match-ups throughout the match, was a critical blow, said Athens coach Shawn Bradley.

“It was huge,” said Bradley. “Unfortunately, we have a team where it comes down to the flip.”

Losing the toss, led to a domino effect for the Wildcats

“If we control the match-ups, I think we get two more falls, but it didn’t work out,” he added.

The match started with Athens senior Kaden Setzer, who entered the night at 26-3, squaring off against South’s Bobby Gardner, 24-2 and ranked No. 1 in the state at 126 pounds.

After a scoreless first period, Setzer was on top to start the second period, and twice returned Gardner to the mat directly to his back for two sets of swipes and a 5-0 lead.

Gardner registered an escape with 19 seconds remaining, then scored a takedown with 7 seconds left to close the gap to 5-3.

Gardner cut Setzer loose to start the third, extending the lead to 6-3, but the South standout scored three takedowns, including one with 8 seconds remaining to pull out a 9-8 decision to give the Mounties an early 3-0 lead.

“It wouldn’t have made difference in the match if (Setzer) pulls that out,” said Bradley. “Kaden gets the match-up with the No. 1 kid in the state at 126 … he’s controlling the match, he has to step up and win that damn match.

“If he wants to be a state medalist, he has to win that match,” added Bradley. “Hopefully, he learns from that match, and he gets the state medal.”

After a Wildcat forfeit at 138, junior Jake Courtney put Athens on the board with a third-period pin of Gabe Harvey.

After a scoreless first period, Harvey cut Courtney loose to start the second period. Courtney scored a pair of takedowns in the middle two minutes, and led 5-1 entering the final two minutes.

In the third period, Courtney scored a quick escape, and hit a double-leg for a 10-1 lead. He feigned cutting Harvey loose, then locked in a cradle, and scored the fall at 5:13 to close the gap to 9-6.

At 152 pounds, after a scoreless first period, Athens senior Lucas Forbes scored a pair of takedown to take a 4-1 lead with 53 seconds remaining in the second period, but Landyn Gephart tied the bout with an escape and a takedown in the closing moments.

Gerhart started on top in the third period, and stopped Forbes’ attempt at a Granby Roll for three near-fall points to secure a 7-4 decision to give South a 12-6 lead.

At 160, Athens senior Karter Rude turned a single-leg into a standing cradle and a 37-second fall over Garrett Cooley to tie the match at 12-12.

At 172 pounds, South’s Jonah White hit a four-point move with 22 seconds remaining in the second period, and held on to top senior Cameron Whitmarsh, 4-1.

“No excuses,” said Bradley. “We are seniors there, we have to have heart and win those matches. It has to mean more to us than their kids, and it didn’t.”

South’s Landon Lorson and Ryan Casella followed with first-period pins at 189 and 215 pounds, respectively, to extend the Mounties’ lead to 27-12.

After a forfeit to sophomore Josh Nittinger at 285 pounds closed the gap to 27-18, South’s Kaden Shay locked up the win for the Mounties with a first-period pin at 106.

After the teams exchanged forfeits at 113 and 120 to make it 39-24, Athens sophomore Mason Vanderpool forged a 14-2 major decision over Jackson Swinehart at 126 pounds to close out the match.

Vanderpool scored a takedown and two sets of near-fall points for a 7-0 lead after the first period. He ran an arm bar for three near-fall points to take a 10-0 lead into the final two minutes.

After Swinehart recorded a takedown early in the third period, Vanderpool reversed Swinehart to his back for two near-fall points and a 14-2 major decision.

Athens finishes the dual season at 8-4, and returns to action Feb. 19 when it hosts the North Section Championships.