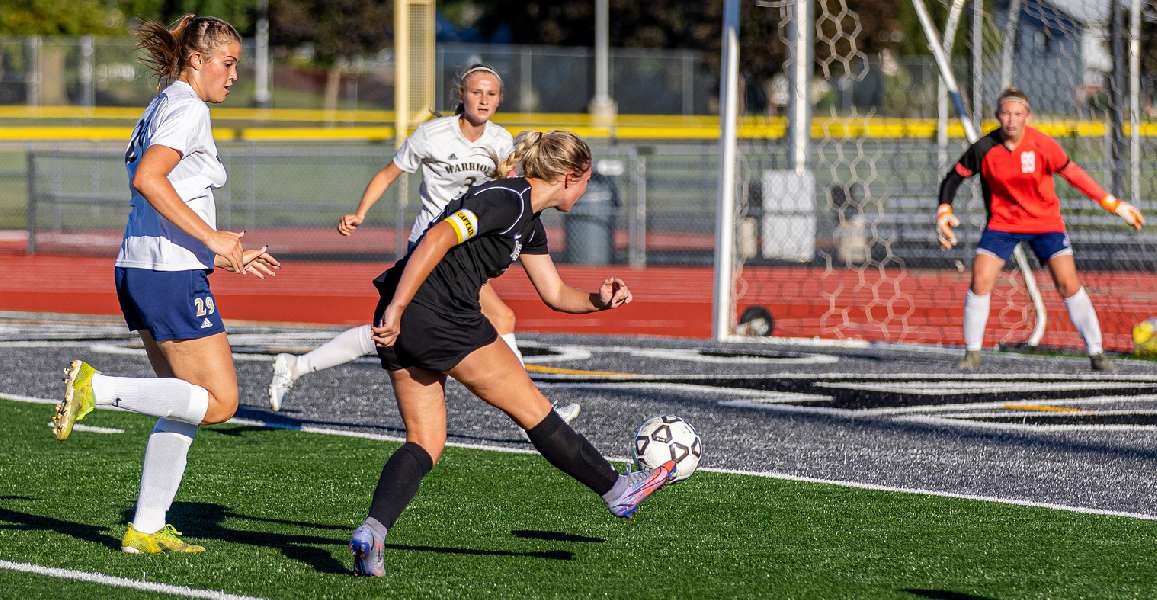 “I thought we had a bit of a slow start, then all of a sudden we played Athens soccer,” said Athens coach Rich Pitts.

“I was happy with our voice and how we moved the ball on possession,” he noted. “Our build up and play on the offensive final third showed how much we work on it in training. We were very clinical in our goals with great movement on and off the ball.

“Defensively, we played well with three new starters,” he continued. “A few scary moments, one that cost us a goal but the four of them worked their way into the game, and fixed the issues that gave them trouble as the game progressed.

“I like our front six offensively, and think we have some real quality with six goals by three different players,” added Pitts.

Thoman scored again with 18:42 remaining in the half, off an assist from Kendra Merrill to give the Lady Wildcats a 2-1 lead.

Junior Emma Yohe made it 3-1 about six minutes later, off a feed from Sutton.

Sutton notched her first varsity score with 11:06 remaining on an unassisted goal from 25 yards out to give Athens a 4-1 lead at the half.

Williamson closed the gap to 5-2 with 14:30 remaining, but Sutton completed her hat trick nearly 6 1/2 minutes later to extend the lead to 6-2.

The Lady Warriors scored in the final minute to provide the final margin.

The Lady Wildcats return to action Thursday at Northeast Bradford.