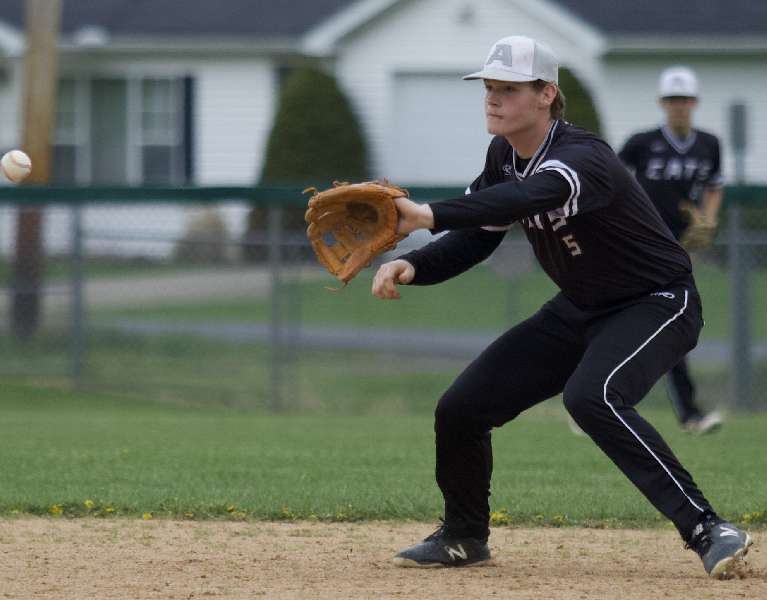 WELLSBORO — Wellsboro plated six runs in the home half of the sixth inning to blow open a close game en route to an 11-4 win over Athens here Tuesday afternoon in NTL Large School baseball action.

The Wildcats took a 1-0 lead in the top of the second inning on an RBI single by senior Kaden Setzer, but the Hornets answered with a run in the bottom of the inning.

Athens re-gained the lead with two runs in the top of the third. Junior Carson Smith, senior Karter Rude, and junior Caleb Nichols stoked consecutive singles to make it 2-1, and Rude scored as Nichols was thrown out attempting to steal second.

Once again, however, Wellsboro answered, scoring two runs in the home half of the inning to tie the game at 3-3.

Wellsboro scored two more runs in the fourth inning to take a 5-3 lead, but Athens closed the gap to 5-4 in the fifth when Nichols scampered home on a passed ball. The Wildcats had runners on second and third with no outs, but couldn’t push another run across the plate.

The first sixth batters in the Hornets’ six reached base, with four crossing the plate to extend the lead to 9-4. They ended up scoring two more runs to make it 11-4.

Brody Morral stroked three singles, scored two runs, and drove in one run, and Caden Smith had three hits, including a double, scored one run, and knocked in one run in Wellsboro’s 12-hit attack.