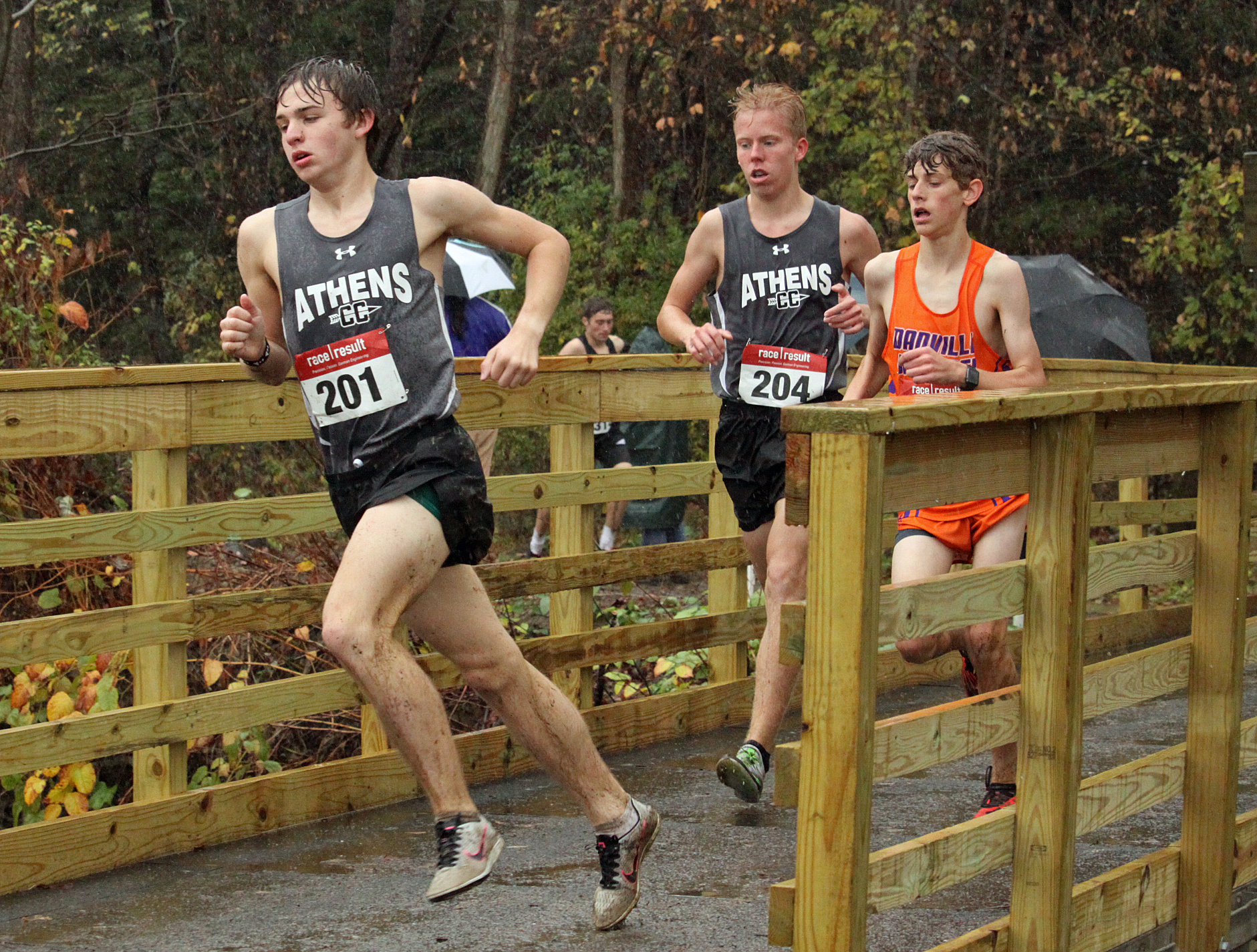 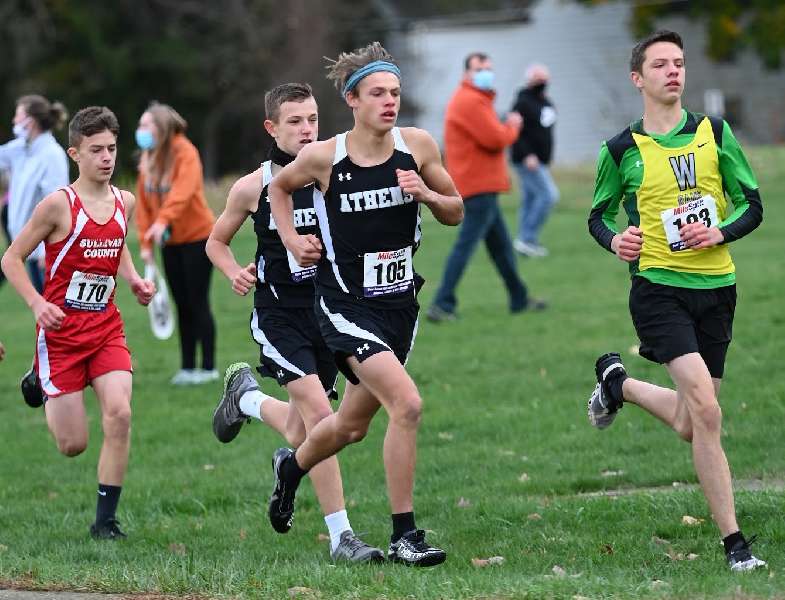 NP-M’s Noah Shedden kept the Wildcats from shutting out all three teams. Shedden placed first in a time of 17:20, and Athens runners finished second through sixth, respectively, to top the short-handed Tigers, 15-50.