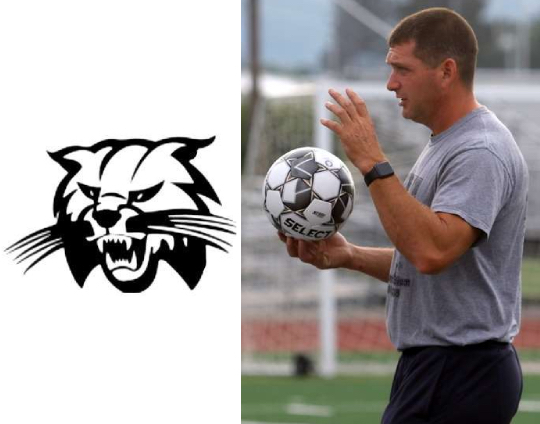 ATHENS — Not only was Wednesday Jake Lezak’s birthday, but the Athens coach was named the 2019-20 National Federation of High Schools Pa.  Boys Soccer Coach of the Year.

Athens athletic director J.B. Sullivan said Lezak, who has directed the Wildcats to four consecutive District 4 championship games — winning a pair of them, is a deserving recipient.

'I am ecstatic coach Lezak was selected,” he said. “In his near 20-year career at Athens, he and his staff have worked tirelessly for the betterment of Athens' student-athletes and have had exemplary results.

“It is a very well-deserved honor and I congratulate him on behalf of Athens Area School District,” added Sullivan.

Currently in his 16th season at the helm of the Wildcats, Lezak has 244 victories, two District 4 titles, and countless NTL titles, including the last six.

Lezak doles out credit for his success to several sources — first and foremost being his family.

“There's no way I could do all of this without my wife and family support,” he said. “Merideth has supported my crazy passion through the years, and our family has been there to help with the boys and many other things so I can stay on the sideline.”

Secondly, Lezak credits his players throughout the years.

“It’s one of those things where you put a lot of time and work in with the players, and it’s the players who have really made something like this possible.

“We want recognition, and we want to be noticed as a team that’s going to compete,” continued Lezak. “One of the biggest things for us is, we don’t want to just show up at Districts, we want to make teams believe that we can win, and that we’ll beat them.

“As much as this is one person getting recognized here, this is really recognition for the entire program, and how far we’ve come in the last 17 years,” added Lezak, who has been head coach for 16 years, and took one year off early in his career.

One of the biggest contributors in Lezak’s success is longtime assistant coach Dan Lane, who was Lezak’s youth coach.

“Dan Lane has been with me since the beginning. It’s been great, we’ve really worked well together.

“Soccer is not his first true love, but I needed him, and I talked him into coaching,” said Lezak. “He was my youth coach in school, and I fell back on him.

“I had no clue what I was doing when it came to high school soccer,” he continued. “I had just gotten out of college as a player, and had coached goal keepers at that point.

“When I came back (to Athens), Dan didn’t really want to coach, but said ‘if you can’t find anybody else, I’ll do it,’” noted Lezak. “It’s been great, we compliment each other very well.

There are others to recognize as well.

“Zach Colegrove has been with us the last four-plus years, and he’s been a great asset to us.

“We’ve added some other assistant coaches this year as well,” said Lezak. “Having these younger guys step into assistant coaching roles, even though they’re volunteers, has helped lighten the load.

“I want them to learn. I want to help them become coaches, even if they don’t work within our program in the future,” he added. “Maybe they go somewhere else and make an impact on some other kids.”

One big key for Lezak has been constantly trying to make the program better.

“It really is a 12-month commitment,” said Lezak.

There is no off-season,” he noted. “We already have 32 guys signed up for the indoor season for next year’s team.

“We haven’t even finished the regular season yet, and we’ve already laid out the framework for next year,” added Lezak.