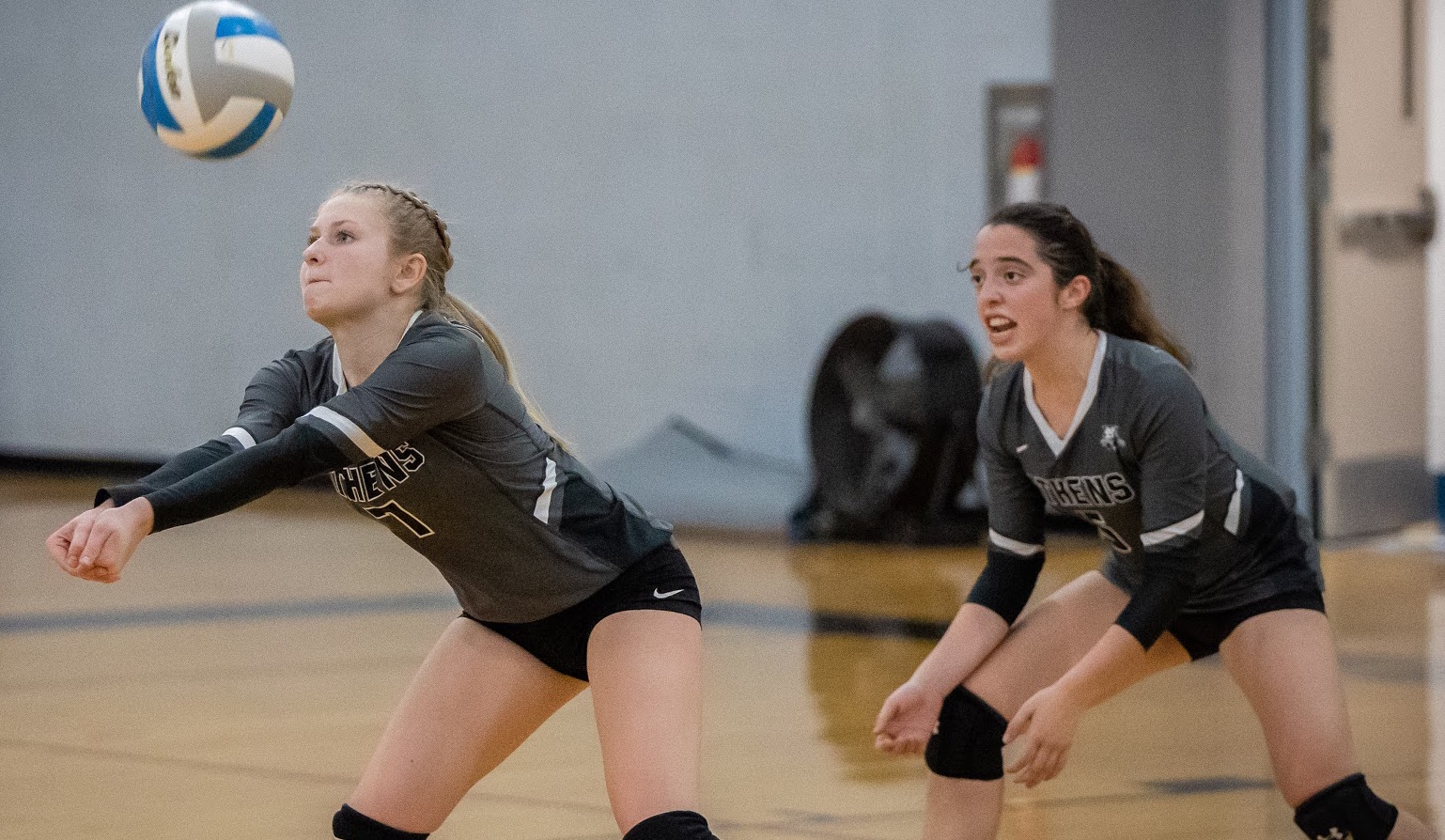 LIBERTY — Nine days ago, Athens took the first set from unbeaten North Penn-Liberty, but dropped the next three. Thursday’s NTL volleyball match was a near carbon copy.

The match was originally scheduled to be played at Athens, but the NP-L school district refuses to play any events in Bradford County, forcing Athens to make a choice: cancel the match, or travel to Liberty for the second time in nine days.

“It was one heck of a journey of rescheduling, getting a bus, and changing plans,” said Athens coach Heather Hanson. “It was our third game in three nights.

“The girls.played amped up and awesome,” noted Hanson. :”It was great to watch them step.up.

“I’m not worried about the loss because the improvement is incredible,” she added. “This loss is going to help us a ton.”