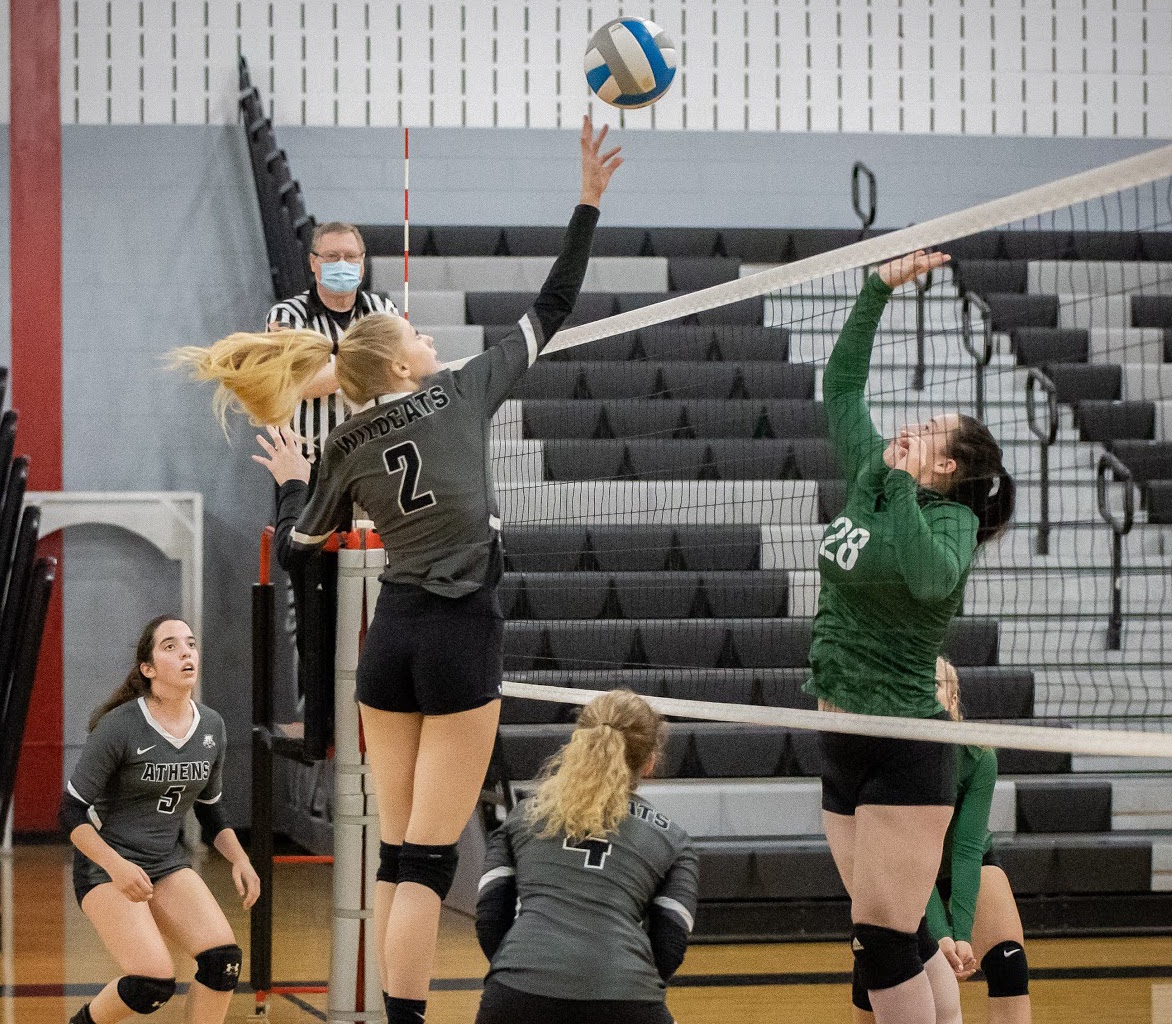 “We couldn't put it all together enough times to get a win,” said Athens coach Heather Hanson. “It was another roller-coaster night of play.

“We did a lot of things right tonight, we just made errors at crucial moments,” added Hanson. “We played as a team, and lost as a team.”

The Lady Wildcats, now 7-4, returns to action Thursday against unbeaten North Penn-Liberty. The match was originally scheduled for Athens, but NP-L refused to play in Athens, so Athens will travel there for the second time in nine days.

“We have another road trip tomorrow and I give these girls kudos,” said Hanson. “That’s ome heck of a lot of games, traveling and mental focus in three days.

“No matter what, this team is an awesome team to coach,” she added. “I am inspired by the hard work and persistence they put into everything. It’s going to happen for them.”