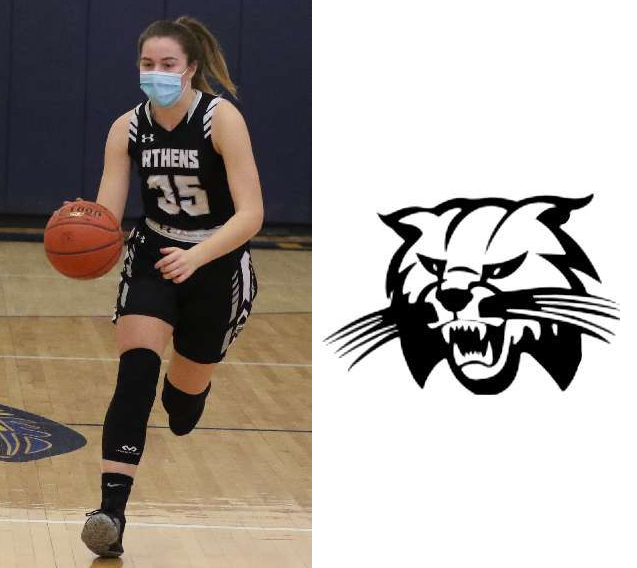 “We played a very good defensive game today,” said Athens coach Brian Miller. “Our offense struggled to make shots, but our defense kept us in the game, and we did make some keys shots down the stretch.

Athens led 7-6 after the first eight minutes, but were outscored, 9-3, in the second quarter, and Wellsboro went to the halftime locker room with a 15-10 lead.

Senior Kayleigh Miller, who had five points in the stanza, and senior Megan Collins each knocked down a 3-pointer, and sophomore Karlee Bartlow converted an old-fashioned three-point play to fuel an 11-6 spurt that tied the game at 21-21 entering the final eight minutes.

The Lady Wildcats turned up the defensive intensity in the fourth quarter and allowed the Lady Green Hornets just one free throw. Meanwhile, senior Rachel Stephens and junior Cayden Macik scored buckets to put Athens up 25-22.

Macik made 3 of 4 free throws down the stretch to seal the win.