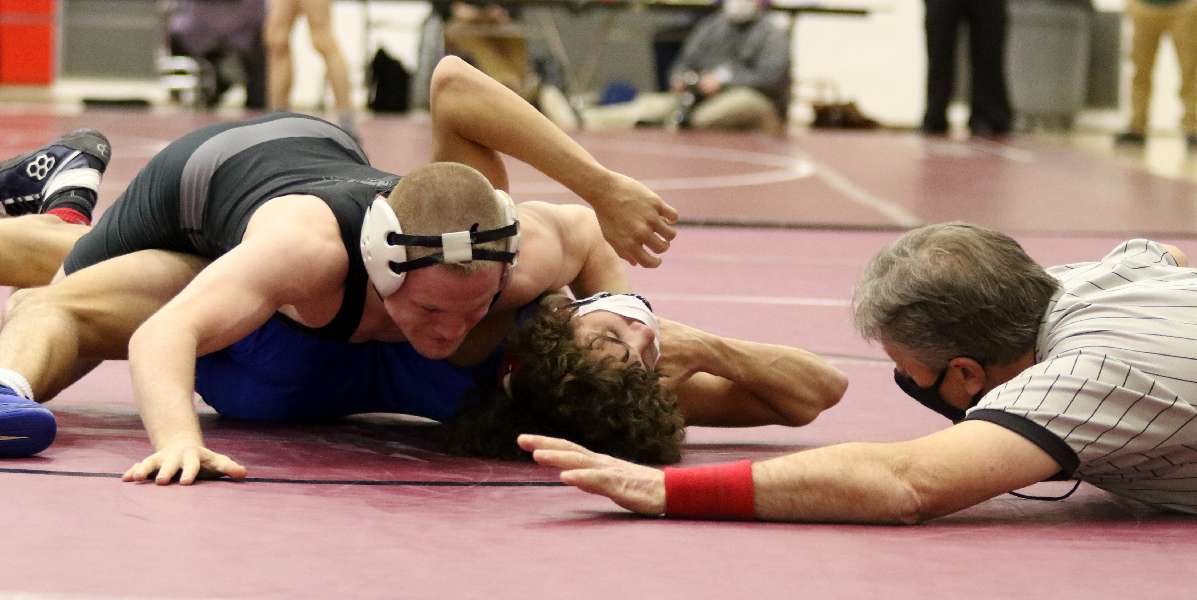 LEWISBURG — Athens junior Gavin Bradley, the state’s top-ranked 113-pounder, guaranteed himself a PIAA medal — his third — Saturday morning with a 16-3 major decision win over South Williamsport’s Robert Gardner in the semifinals of the Eastern Super Regionals here at Martz Hall.

With the PIAA field at Hershey pared to eight in each weight class — four from the Eastern Super Regional and four from its counterpart in the West, Bradley is guaranteed of advancing, as well as winning another PIAA medal.

Bradley pushed the pace from the outset against Gardner, who is ranked third in the State, and scored a takedown midway through the first period. He rode top before turning a turk into three near-fall points at the buzzer for a 5-0 lead.

“He kept his motion going … he kept his feet going, he kept his hands moving,” said Shawn Bradley. “If he wrestles that pace, he’s hard to wrestle with.”

Bradley chose down to start the second period, but Gardner elected to cut him loose, and the duo started on their feet with the Athens wrestler leading 6-0.

Gardner threatened to score during a couple of scrambles, but Bradley eventually came out on top with a takedown midway through the period for an 8-0 lead heading into the final two minutes.

“Gavin got into a couple spots, but worked his way out of it,” said Shawn Bradley. “(Gardner) is tough, he’s not ranked third in the State for nothing.”

Bradley scored three takedowns in the third period for a 14-3 lead with 47 seconds remaining. He scored the final takedown with 2 seconds left to provide the final margin.

“Gavin kept wrestling and kept scoring, even in the end when I didn’t want him to,” said Shawn Bradley. “I just wanted him to get a wrist, and stay away from the big move … he got another takedown.”

“Gavin works hard, and it pays off. He has great partners number one,” he said. “Jake Courtney and Kaden Setzer have busted their butts this year, and the last couple weeks helping him.

“Gavin wrestles that pace for two hours every night, so seeing it for six minutes is not surprising to me.

“Kids know that when they go out there, and some of them are thinking ‘I don’t want to do this,’” added Shawn Bradley. “If a kid comes on the mat and has any doubt about being there, that’s a big advantage to Gavin.”

Gavin Bradley will have a chance to add a title no one else in Athens’ storied wrestling history can claim — Eastern Super Regional champ, but it won’t be easy as he’ll face Wyoming Area’s Jaden Pepe, who is ranked second in the state. Bradley beat Pepe, 5-3, in last weekend’s Northeast Regional final.

“We have another tough one in the finals,” said Shawn Bradley. “Gavin didn’t wrestle great last weekend, so we’re going to make some adjustments to try and capitalize on what we can do well, instead of worrying about what (Pepe) does.”