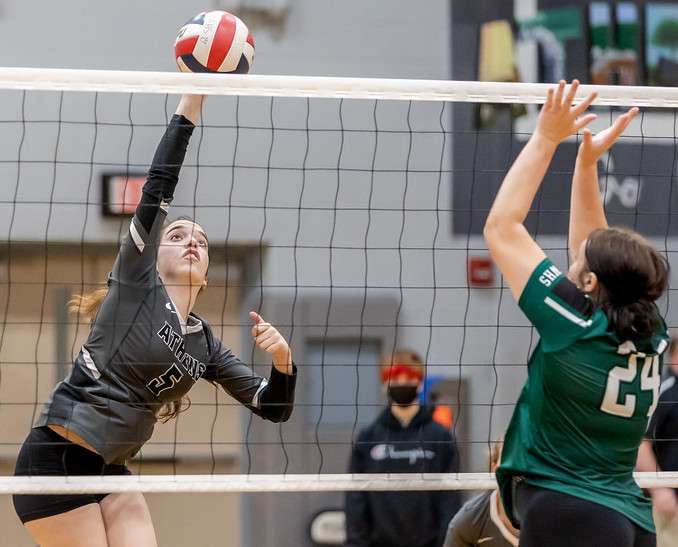 ATHENS — For all intents and purposes, Athens’ volleyball season ended Saturday with a loss in the opening round of the District 2-4 Sub-Regionals, but it  still had a couple league games remaining this week.

After a good performance in a non-league loss at Corning Monday, Athens coach Heather Hanson decided to let her young team have a little fun Tuesday in what turned out to be a 3-1 home loss to Wellsboro.

“I did a skills challenge for the girls when we played Corning,” said Hanson. “If they achieved the goal I had set for them, they would be able to create the line ups for tonight's match.

“Let the girls be in charge of the line-ups for this game,” she noted. “Everyone wanted to try different spots so I put it in their hands, and every once in awhile made a suggestion.

“It was fun to watch them play and try something different,” added Hanson. “They played really well.”

Athens, now 6-9, closes out the season Thursday when it hosts North Penn-Liberty.