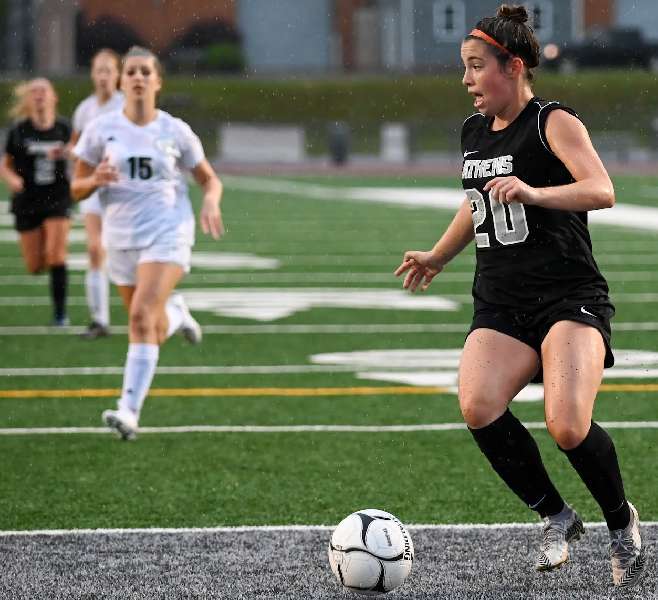 ATHENS — Senior Hannah Walker scored late in the first half, and the Athens defense made the stand for the final 41-plus minutes in a 1-0 win here Wednesday night in NTL girls soccer action.

The Lady Wildcats, coming off back to-back losses to N.Y. state powers Fayetteville-Manlius and New Hartford, in which they were outscored 11-1, bounced back with a “big league win.”

“I thought we did some really nice things tonight, then I thought we looked a little off after a long weekend,” said Athens coach Rich Pitts.

“I was proud of the girls,” he noted. “They worked hard even if they were not as sharp as they have have been.

“It’s a good win in the league,” added Pitts. “Now, we have to prep for a good (Class) AAA match-up with Shik(ellamy) on Saturday.”

Walker found the back of the net, off an assist from junior Alli Thoman, with 1:40 remaining in the first half. The final 41:20 was a scoreless battle.

The Lady Wildcats dominated play with 13 shots-on-goal to just two for Wellsboro. Both teams had three corner kicks.

Lilly Abadi had 12 saves in net for Wellsboro, while junior Karlee Bartlow had just two for Athens.

Athens, now 4-3, is on the road at Shikellamy Saturday.