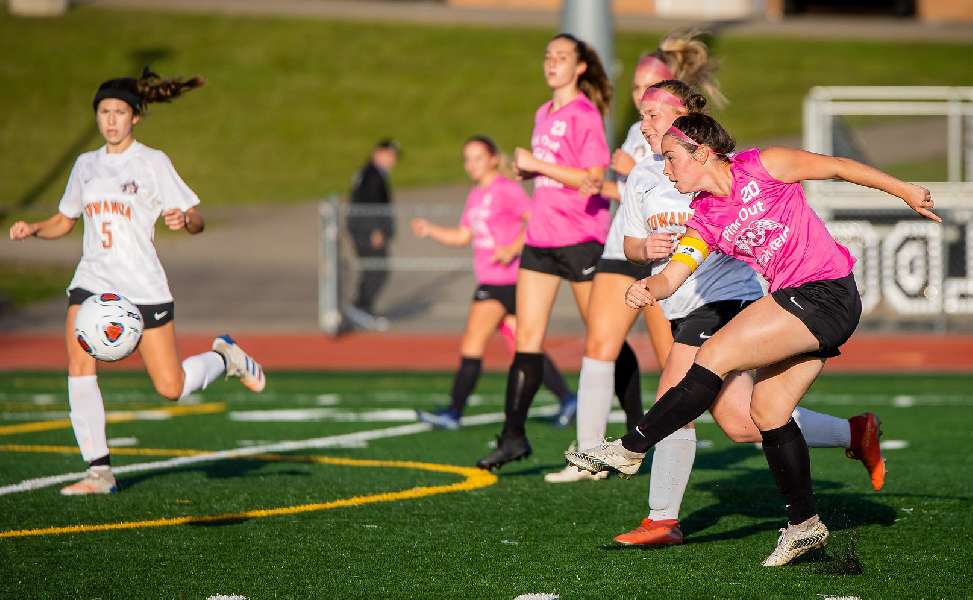 The “Pink Out” game is played annually each year to honor the memory of former Athens Area standout Sarah Reid, a 2021 graduate who was tragically killed in an auto accident shortly after graduation.

Walker scored her first goal, off a feed from Thoman, gave the Lady Wildcats a 1-0 lead in the 8th minutes, but Towanda’s Kelsea Allen-Smith scored about 4 1/2 minutes later to tie the game at 1-1.

Midway through the half, Walker took a through-ball from Thoman and beat the keeper to make it 2-1.

Thoman tacked on unassisted goal to give the Lady Wildcats a 3-1 halftime lead.

About 6 1/2 minutes after the intermission, Thoman scored on a header to make it 4-1. Waker and freshman Addison Wheeler were both credited with assists.

Walker capped the scoring late in the game with a direct kick from 25 yards out.

Towanda had a 10-9 edge in shots-on-goal, while Athens had a 4-3 advantage in corner kicks.

The Lady Wildcats return to action Oct. 5 when it hosts Wyalusing.