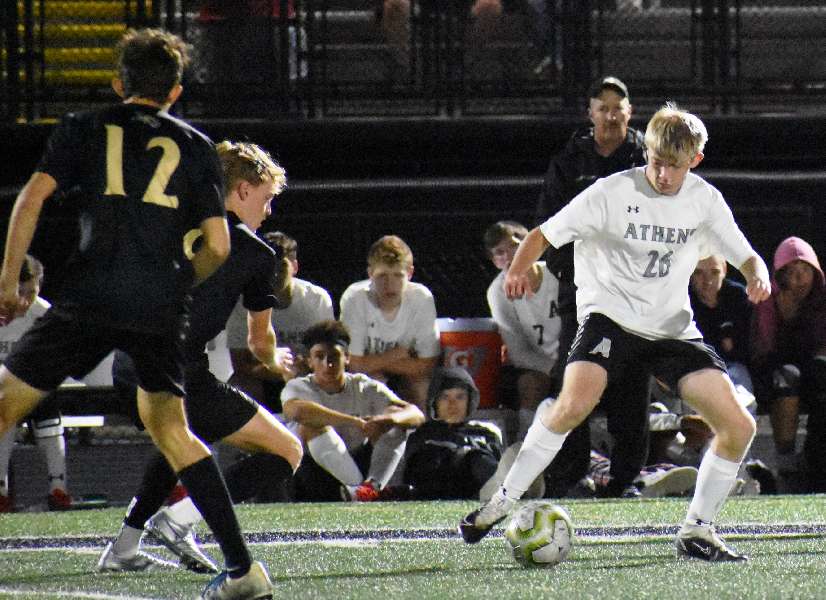 CORNING — Corning scored 49 seconds into the match, and cruised to a 6-0 win over Athens here Tuesday night in non-league boys soccer action.

Carter Rosno, off a feed from Jaylen King, gave the Hawks a 1-0 lead in the first minute, then scored about three minutes later, on an assist from Aidan Crane, to make it 2-0.

Luke Johns, off a feed from Rosno, made it 3-0 midway through the first half.

Crane finished off the first-half scoring late in the first half, off another assist from Rosno.

Lenard Jensen and Micah Cornfield added second-half goals for the Hawks. rosin recorded his third assist on Jensen’s goal, and Johns had an assist on the final goal of the game.

Junior Grant Liechty registered 11 saves in net for the Wildcats.

Athens falls to 5-5 on the season.