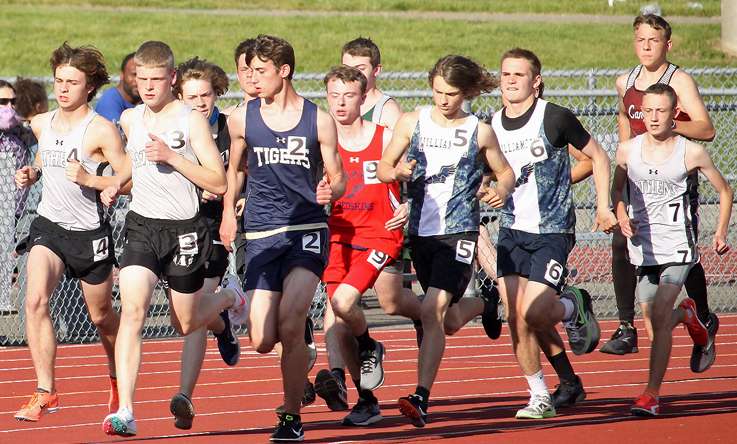 ATHENS — Coming into the NTL Coaches’ Invitational, Athens senior Asher Ellis had one goal — sweep the throwing events. He was the top seed for all three, and only had one loss during the season.

“My goal was to win every event this year,” explained Ellis. “And I almost got it, I lost at Troy — one event.”

“It was good,” said Ellis. “The last home meet… I had to put everything out there. I’m going to miss it.”

He accounted for half of Athens’ wins on Friday, with the only other individual champion being freshman Ryan Lasusa (53.57) in the 400.

The Athens 4x100 relay of Kuhns, Thompson, Toscano, and sophomore Jaden Wright was fourth in 47.72.

Asher will now get ready for the District IV Championships, where he will likely be either the top seed, or in the top three, for all his events.

“I’m going to go for all three,” he said. “It’s all technique. I just have to hit my steps, everything has got to be smooth.”

The District IV Championships are Thursday and Saturday at Williamsport High School.