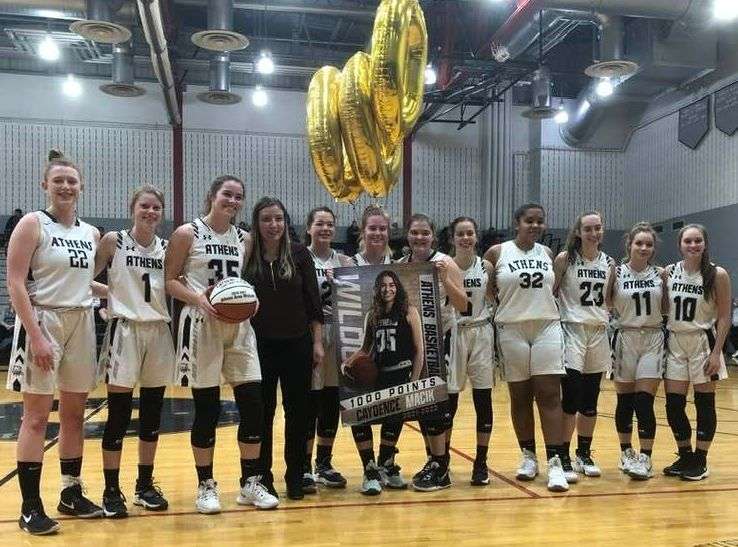 "It is quite an accomplishment," said Athens coach Brian Miller.

"Caydence has come a long ways since her freshman year when she scored in transition and scored on putbacks," noted Miller. :Now, she's more of a complete player - she can score from the perimeter, and she can play with her back to the basket.

Macik is the fifth 1,000-point scorer to play under Miller - Katie Histed, Rachel Shepard, and Kelly Thomas at Waverly, and his daughter Kayleigh Miller last year at Athens.

"It's a proud accomplishment as a coach," he said.

"She a nice kid, and a really good basketball player," added Miller.

Macik, who only played in the first half, grabbed four rebounds, and is closing in on 600 for her career.

"She plays both ends," said Miller. "Because she's one of our taller girls, she's played inside the majority of the time over the last four years.

"Kudos to her for hitting the boards on the defensive and offensive end," added Miller.