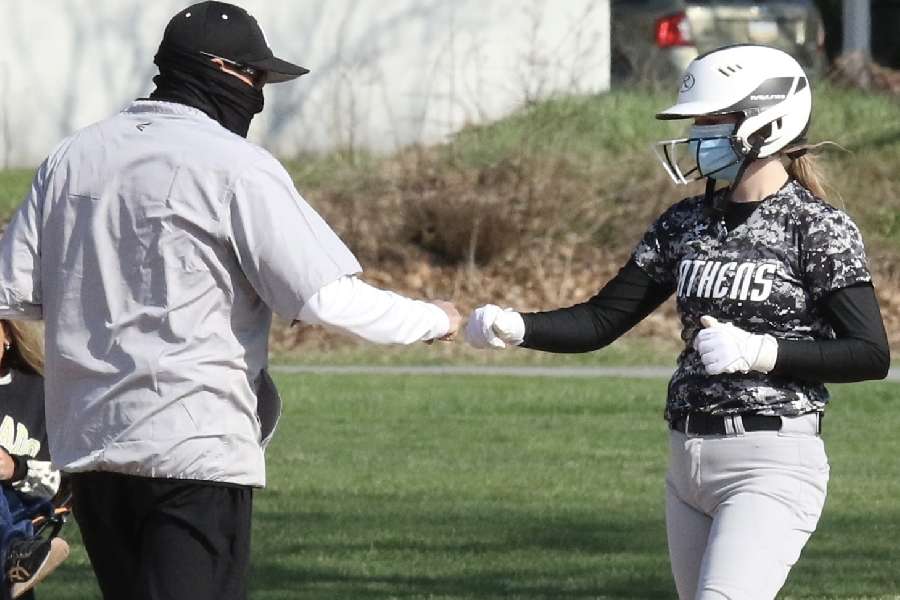 "It was a really good game, and we did just enough to pull it out," said Athens coach Mickey Farrell. "Caydence (Macik) did a great job in relief to earn the save."

Macik doubled and singled, and had three RBI to lead the Lady Wildcats at the plate, and also pitched 3 1/3 innings of shutout relief — allowing three hits, with three strikeouts — to earn the save.

Macik gave the Lady Wildcats a 1-0 lead in the top of the first with an RBI double.

After NP-L tied the game with a run in the home half of the second inning, Athens took the lead for good with two runs in the top of the third.

Senior Harley Sullivan singled and moved to third on a single by senior Audrey Hatch. After Hatch stole second base, Macik plated a run with a sacrifice fly to center field. Sophomore Aliyah Butler made it 3-1 with an RBI groundout.

Mallory Mummert led off the top of the fourth with a single, stole second, and later scored on a passed ball to extend the lead to 4-1.

The Lady Mountaineers plated a pair of runs in the bottom of the fourth to trim the deficit to 4-3, but Macik drove in another run in the top of the fifth with an RBI single.

In the home half of the fifth, NP-L had three hits, but had a runner cut down at third base, and Macik was able to escape unscathed.

After retiring the side in order in the bottom of the sixth, Macik pitched around a one-out error in the seventh to preserve the win.

Senior Megan Collins doubled and singled for the Lady Wildcats, while Sullivan singled, stole two bases, and scored two runs, Hatch and Mummert singled and scored one run, and Butler drove in one run.

Repsher started in the circle, and picked up the win for Athens. She allowed three runs — two earned — on six hits, while striking out five and walking three in 3 2/3 innings.