NP-MANSFIELD WALKS OFF WITH 6-5 WIN OVER ATHENS 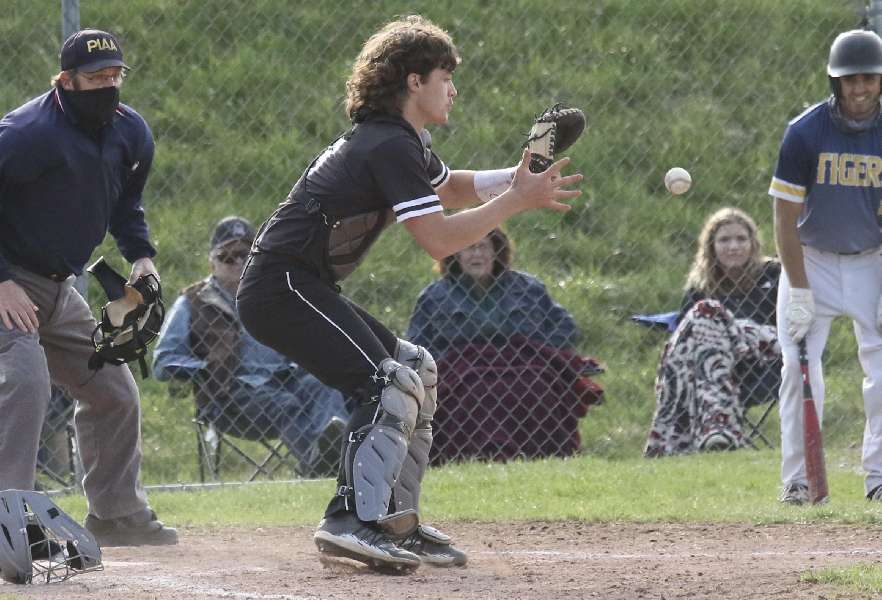 Athens took a 1-0 lead in a back-and-forth affair in the top of the first inning on an RBI single by sophomore Mason Lister.

The Tigers answered with two runs in the home half of the inning. Noah Spencer led off the game with a single and a stolen base, then scored on an RBI single by Blaze Deitrick to tie the game at 1-1. One out later, Logan Choplosky ripped an RBI double to make it 2-1.

Athens tied the game with a run in the second inning, and took a 3-2 in the top of the third on an RBI double by Lister.

NP-M scored twice in the bottom of the fifth on just one hit to take a 4-3 lead.

Jaren Glisson and Gage Warner opened the top of the sixth inning with singles. A double steal, and a throwing error on the play plated Warner to tie the game at 4-4.

Cameron Fabian led off the bottom of the sixth with a single, stole second and third, and scored on an RBI single by Hunter Thompson to give the Tigers a 5-4 lead.

Lister, who entered in relief of starter Lucas Kraft with a runner on, avoided further damage, and left the bases loaded.

A pair of of NP-M errors in the top of the seventh resulted in a run that allowed the Wildcats to tie the game at 5-5.

With one out in the bottom of the seventh, Bryan Bogacyzk reach base on an error, moved to second on a two-out walk to Thompson, and scored when Jeliff stroked the second pitch he saw to right field for the game-winner.

Lister had three hits, including a double, and two RBI to lead Athens at the plate, and sophomore Gage Warner singled twice, stole two bases, and scored one run.

Juniors Karter Rude and Tucker Brown each singled and scored one run for the Wildcats, while Kaden Setzer and Kraft each added a singled, and junior Caleb NIchols and sophomore Cam Sullivan each scored one run.

Lister was tagged with the tough-luck loss, allowing an unearned run on one hit, while striking out two and walking three in 1 2/3 innings on the mound.

Kraft allowed five runs — three earned — on eight hits, while striking out seven and walking one in five innings of work.

Jeliff had two hits and one RBI, and Deitrick had one hit and two RBI to pace the Tigers at the plate.

Spencer earned the win for N-PM. He allowed two runs — both unearned — on four hits, while striking out five and walking none in three innings of relief.