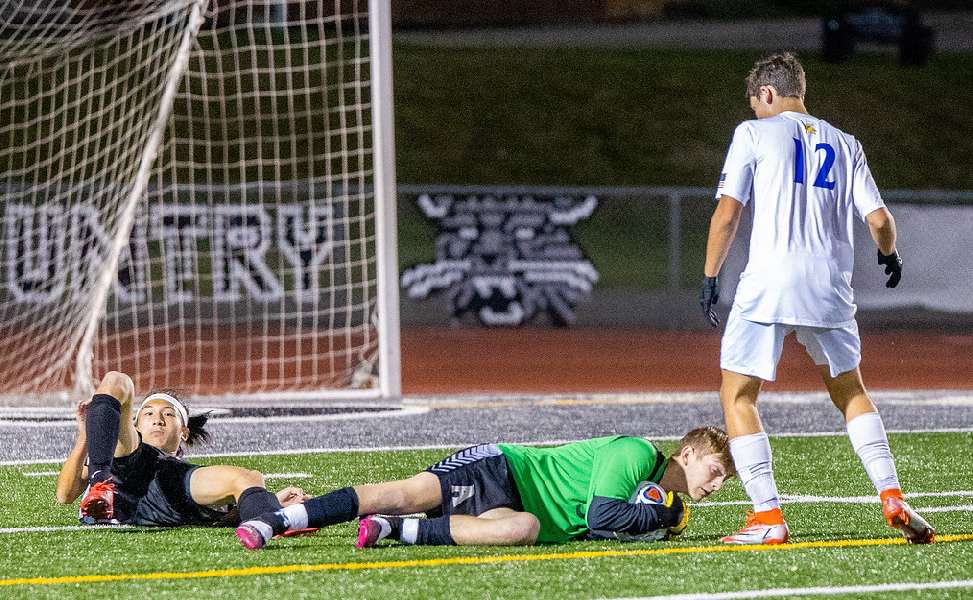 ATHENS — Athens played state-ranked Maine-Endwell even for nearly 47 minutes, but the Spartans scored three goals in a 10-minute span on its way to a 4-1 win here Thursday night in non-league boys soccer action at Alumni Stadium.

William Napierala scored about seven minutes into the game to give M-E a quick 1-0 lead, but the Wildcats kept the high-scoring Spartans, ranked second in Class A in New York state, off the board for the remainder of the first half.

With 6 minutes remaining in the first half, senior Mason Hughey made a strong run down the left flank, and fired a shot to the far post that eluded the keeper and found the net to tie the game at 1-1.

With about 33 minutes left in the contest, Jack Colling gave M-E a 2-1 lead with a penalty kick, and 5 1/2 minutes later, Naperala scored again to make it 3-1.

Levi Kuhns registered seven saves in net for the Wildcats.