TOP-SEEDED BERWICK TOO MUCH FOR ATHENS 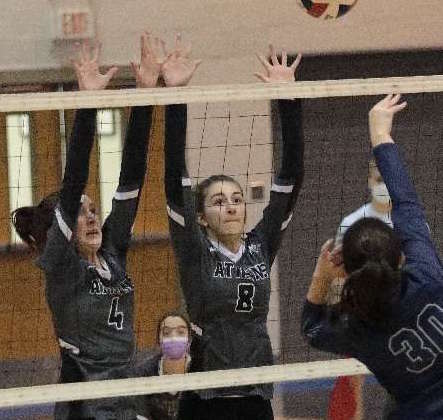 “It was a good effort,” said Athens coach Heather Hanson. “Berwick has a big powerhouse hitter and that took the momentum from us.

“It was a great experience for the girls. I am so proud of them and the effort they put in,” added Hanson.

In 2020,  a senior-laden Athens team entered the Sub-Regionals as the seventh seed, and promptly upset second-seeded Greater Nanticoke in a five-set thriller. In the semis, Athens swept Tunkhannock to advance to the championship match against top-seeded Berwick.

The Lady Bulldogs, who return nearly everyone from last year’s team, dominated play at the net Saturday.

Athens, now 6-7, wraps up the regulars season with three matches next week, beginning at Corning Monday.