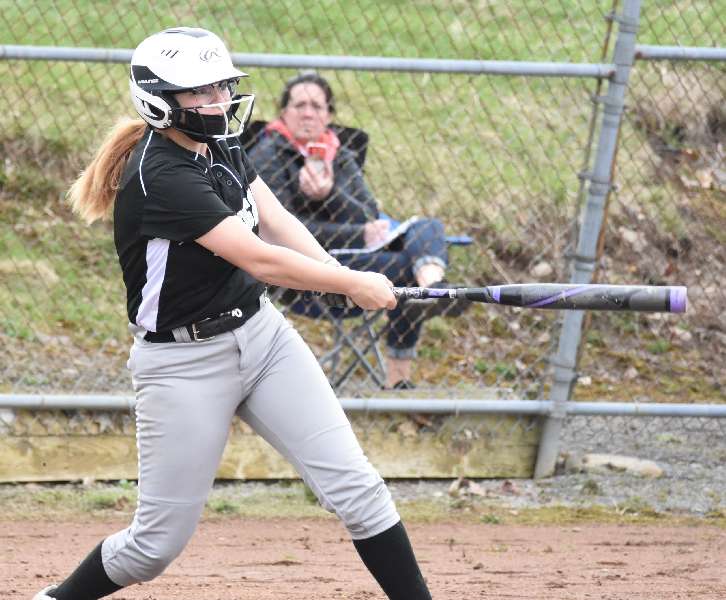 “Our defense played their best game of the year,” said Athens coach Mickey Farrell. “Wellsboro’s defense was even better than ours, and I flat out got out-coached — this loss is on me, not my kids.

“We played hard with a lot  of heart and desire it just wasn't meant to be,” added Farrell. “Hats off to (Wellsboro), they deserved the win. We will be better next time.”

Senior Harley Sullivan led off the game with a solo home run to give Athens a quick 1-0 lead, but they didn’t manage another hit off Wellsboro’s Kerrah Clymer until sophomore Aliyah Butler’s two-out double in the fourth inning.

Athens sophomore Addy Repsher kept Wellsboro off the scoreboard until the fourth inning when a walk and hit batter led to the Lady Green Hornets’ first run.

In the top of the sixth inning, Sullivan, senior Aubrey Hatch, and junior Caydence Macik hit consecutive singles to give Athens a 2-1 lead.

A wild pitch plated Hatch, and Butler knocked in a run with a groundout to push the lead to 4-1.

With one out in the home half of the sixth inning, Jordyn Abernathy reached and scored on a two-run home run by Klymer — Wellsboro’s first hit — to trim the deficit to 4-3.

After Clymer retired the Lady Wildcats in order in the top of the seventh, Madeline Bordas led off the home half of the inning with a double. With one out, Riley Boyce tied the game with a fielder’s choice groundout.

After a sacrifice bunt by Abbye Cavanaugh moved Boyce to second base, Abernathy delivered the walk-off RBI single.

Repsher logged 5 1/3 innings for Athens, allowing three runs on one hit, while striking out four and walking two.

Macik was tagged with the loss, allowing two runs on three hits, while striking out two in 1 2/3 innings.

Clymer earned the win for Wellsboro, allowing four runs on five hits, while striking out three and walking one in seven innings in the circle.

Athens’ game at Wyalusing on Wednesday has been postponed due to Covid protocols. The Lady Wildcats, now 6-1, return to action next Tuesday at North Penn-Mansfield.