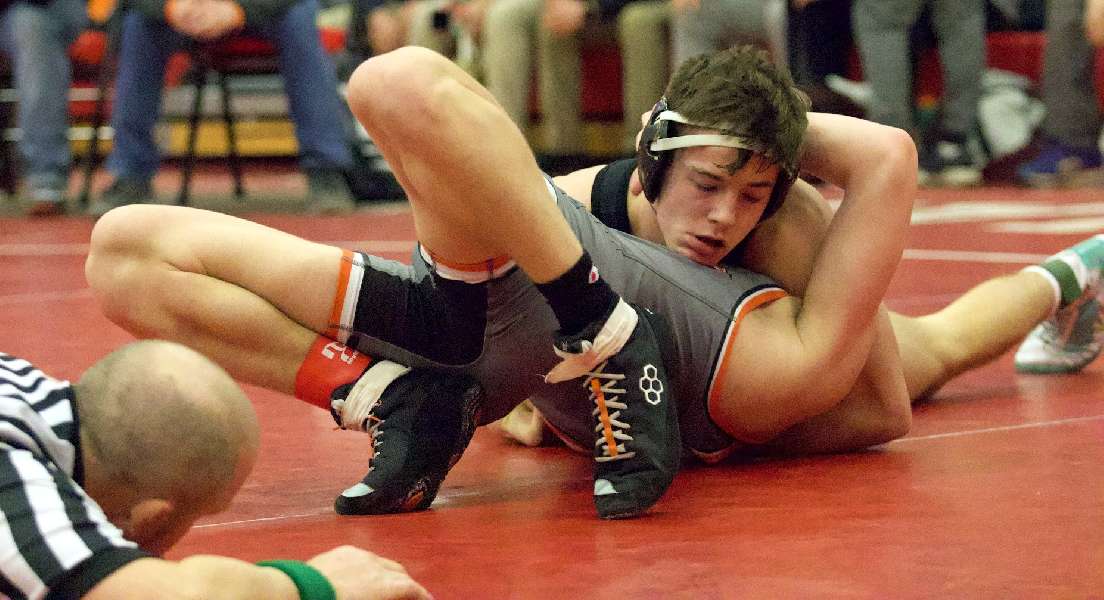 Athens is in fifth place in the team standings with 28 points. Benton leads the team title chase with 49 points, with Montoursville second at 39, Canton third at 32.5 points, and Southern Columbia in fourth at 31 points.

Rude, the second seed at 152 pounds, forged a 13-3 decision over seventh-seeded Evan Brokenshire of Benton in the quarterfinals.

Rude will square off with third-seeded Chase Wenrich of Lewisburg in the semifinals.

At 113 pounds, second-seeded Gavin Bradley decked 10th-seeded Kris Kalbarchick of Mount Carmel in 1:22 to advance to the semifinals.

Bradley will square off with third-seeded Brady Struble of Mifflinburg in the semifinals.

At 138 pounds, Courtney, the fourth seed, pinned fifth-seeded Lane Schadel of Line Mountain in the quarterfinals.

Courtney will take on top-seeded Cameron Milheim in the semifinals.

Setzer, the fourth seed at 132 pounds, was knocked into the consolation bracket via pin by fifth-seeded Caiden Puderbach of Hughesville in the quarterfinals.

Setzer, who had right knee heavily protected after his injury default in last Saturday’s 132-pound finale, will take on 11th-seeded Sam Persun of South Williamsport in the first round of wrestlebacks.

Nittinger, the ninth seed at 285 pounds, pulled out a 4-2 decision over eighth-seeded Andrew Wolfe of Benton in the round-of-16.

Nittinger was knocked into the consolation bracket by top-seeded Emmanuel Ulrich of Mifflinburg inn the quarterfinals.

Freshman Caleb Nason, the 10th seed at 215 pounds, dropped an 8-2 decision to seventh-seeded Cale Bastian of Milton in the round-of-16.

Nason will take on eighth-seeded Cole Yonkin of Montoursville in the opening round of wretlebacks Saturday morning.