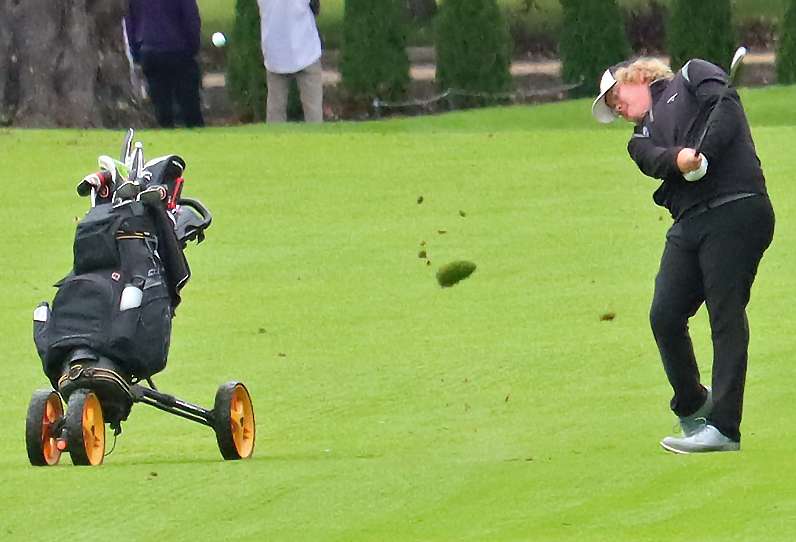 WILLIAMSPORT — Junior Evan Cooper and sophomore Dylan Saxon are in contention to advance to States after Day 1 of the District 4, Class AAA Golf Championships here Thursday at the Williamsport Country Club.

As a team, the Wildcats placed second in the Class AAA standings. Selinsgrove won the team title with a four-man aggregate of 358, while Athens tallied 369, Jersey Shore was third at 374, and Milton was fourth at 395.

“We finished second in the District to a  very good Selinsgrove team,” he noted. “We definitely had our chances, but that's golf.

“With basically the same group back next year, we will give it a run for the team title,” Pientka added.

In the individual tournament, Selinsgrove’s Sam Wetmiller topped the field on Day 1 with a 4-over par round of 75 on the 6,156-yard, par-71 course.

Cooper was second with an 82, while Selinsgrove’s Mike Felty, Jersey Shore’s Carter Girton, and Milton’s Cade Wirnsberger each shot rounds of 86, and are tied for third. Saxon is in sixth place with an 87.

“Evan Cooper and Dylan Saxon both still have a good chance to get to States with good rounds on Saturday,” said Pientka.

The top eight advanced to Saturday’s second round. The eighth-place finisher, Shikellamy’s Luke Fatool shot a 90.

Missing the cut were junior Nicholas Jacob and sophomore Brady Darrow, who tied for 14th with rounds of 100, and senior Lucas Kraft, who was 16th with a 101.