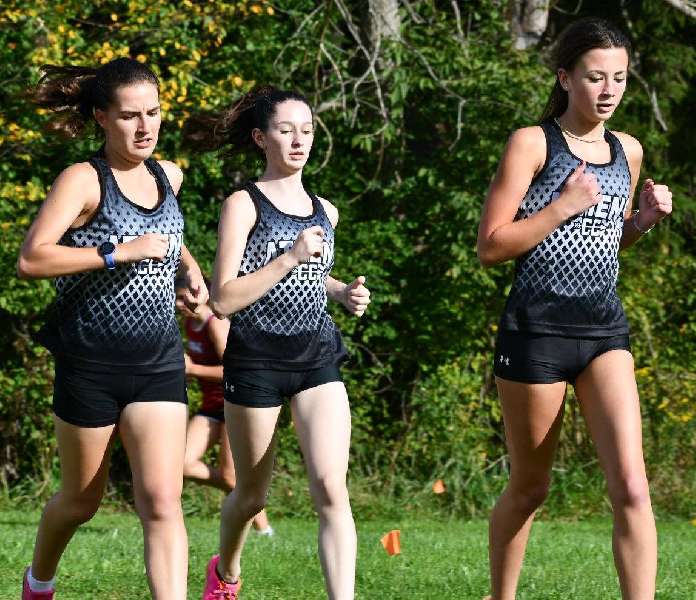 The Athens boys junior high team earned wins over NEB and Sullivan County, while the girls team was incomplete.

Laudermilch crossed the finish line in 20:30, while Sara Bronson clocked in at 21:02.

Athens senior Emma Bronson finished sixth in a time of 22:51, while junior Thea Bentley was seventh in 23:57, junior Emily Henderson was eighth in 26:33, and freshman Olivia Cheresnowsky and senior Abby Prickett were ninth and 10th, respectively, in times of 27:48 and 27:49.

Sara Bronson, Emma Bronson, Bentley and Henderson finished first through fourth, respectively, against Sullivan County, while Cheresnowsky was sixth, and Prickett was seventh in a 16-40 Lady Wildcat win.

BOYS
NEB 19, Athens 42
Athens 21, Sullivan County 36
Northeast Bradford, led by Creed Dewing, had five of the top six finishers to pull out a 19-42 win over Athens, while the Wildcats topped Sullivan County, 21-36.

Dewing clocked in at 18:08, while sophomore Ethan Hicks paced the Wildcats with a second-place finish in a time of 19:01.

Hicks and Denlinger finished 1-2 in the win over Sullivan County, while Prickett, Ankam, and Lewis were fifth through seventh, respectively. Pollock-Sinsabaugh finished ninth, and Simwale was 10th.

Jacob Shores (11:54) and Zachary Fisher (12:11) finished fourth and fifth, respectively, against both teams.

Girls
Alissa Vough finished second overall for the junior Wildcats in the girls race in a time of 13:02.