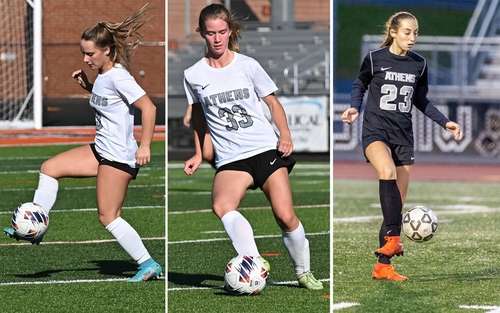 FIRST TEAM
Forwards
Ally Thoman, senior, Athens: Fast and physical with a penchant for getting in position to score, Thoman found the back of the net 18 times, and doled out six assists.

Defense
Mya Thompson, junior, Athens: A fast, athletic, and heady defender, Thompson was the anchor of the Wildcat defense. She had one assist on the season.

Defense
Lizzy Shaw, junior, Athens: A physical presence on the back line, Shaw was a key part of the Wildcat defense.