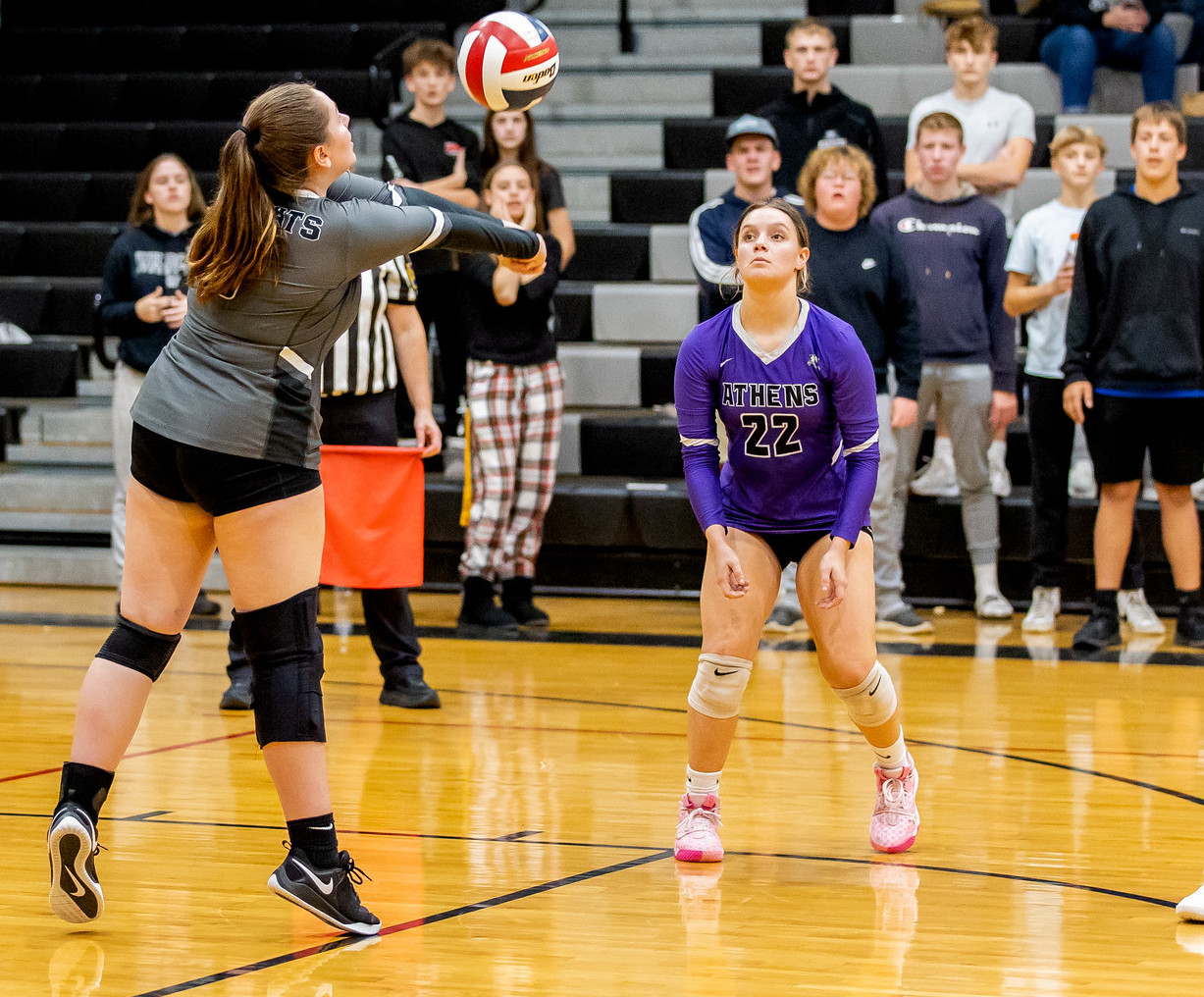 WELLSBORO — Athens rallied after dropping the first set, then held off a Wellsboro comeback attempt to win a five-set thriller, and qualify for the upcoming District 4, Class AA volleyball playoffs here Tuesday night.

A week ago, Athens was 5-8, and in need of three wins in its final three games to qualify for the postseason. Wins over Troy and Towanda last week, set up Tuesday’s win-or-go-home match at Wellsboro.

“When we played Wellsboro before, there were many long rallies ending with Wellsboro putting the ball down and crushing our momentum,” she noted. “Not tonight, we fought and won many of the long rallies.

“What a confidence boost,” Hanson added.

The last week, noted Hanson, has seen the Lady Wildcats in postseason mode. She hopes her team’s sense of urgency continues into the postseason.

“The biggest takeaway from this whole experience was the joy and crazy intense enthusiasm from all,” said Hanson. “Even in moments where they got down they turned it around; that is a mindset that’s necessary for the next part of the season.”

“Special props to Audrey Clare for having 20 kills tonight, the girl was loud, determined and a leader,” said Hanson. “Jenny Ryan ran the court, with over 100 setter attempts meaning she gave her hitters a ton of chances to hit.

“Those were a couple highlights, but none of that would be possible without the entire team,” she added. “Ella Coyle had incredible serves tonight, and Cailin McDaniel came in clutch with her serves.”

Athens, now 8-8, now awaits confirmation on its District 4 opening-round opponent. The current power rankings has Athens as the fourth seed, with a home game next week against fifth-seed Wellsboro. Brackets are expected to be released Friday.