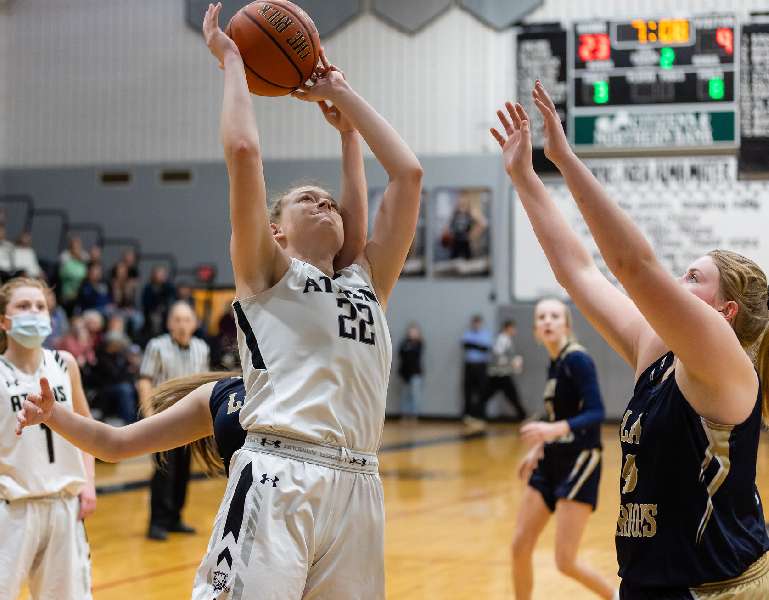 ATHENS — Senior Caydence Macik and junior Emma Bronson helped Athens off to a fast start, and the Lady Wildcats rolled to a 58-28 win over Williamson here Thursday night in NTL girls basketball action.

Macik scored seven more points in the second quarter, and five of her teammates also found the scoring column in an 18-5 run that extended the lead to 39-14 at the half.

Bartlow and Emma Bronson combined for nine points in the third quarter as Athens used a 15-7 run to push its lead to 54-21 entering the final eight minutes.