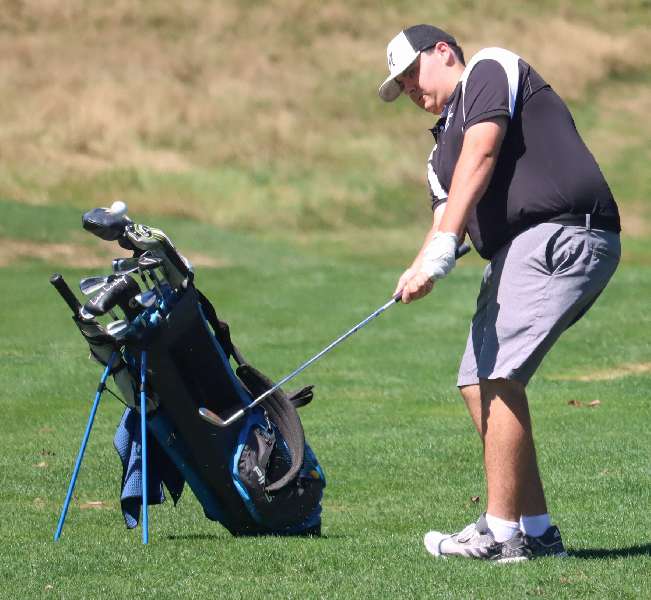 Athens fired a four-player aggregate score of 348, edging out runner-up Wyalusing by six strokes. Wellsboro finished third with a 377, while NP-Mansfield was fourth at 390, Cowanesque Valley was fifth at 401, Towanda was sixth at 448, and Sayre finished seventh at 461.

Cooper shot a 78 on the par-71 TCC course to finish second on the day, with Wyalusing junior Nick Salsman earning low-medal honors with a round of 75.

Senior Cameron Sullivan placed fourth with an 86, while sophomore Dylan Saxon was eighth with a 91, and junior Brady Darrow was 10th with a 93.

Senior Lucas Kraft carded a non-scoring round of 93 to finish 13th on the day, and junior Nicholas Jacob was 19th with a 101.

Senior Jackson Hubbard, in his first action of the season, led Sayre with a round of 106, and junior Tanner Green carded a 111.

Kegan Hayford shot a 121 for the Redskins, while freshman Ryne Osmond had a 123, and junior David Hall Jr. and freshman Karter Green carded non-scoring rounds of 128 and 139, respectively.