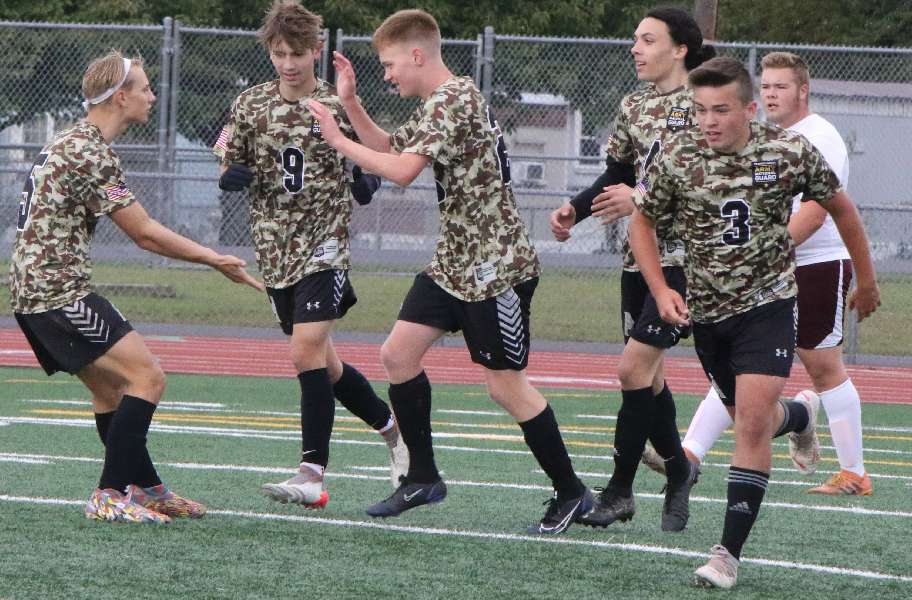 ATHENS — Junior Korey Miller had a career day, scoring four goals in the first half to lead Athens to a 4-1 win over Northeast Bradford here Saturday morning in NTL boys soccer action to cap off a successful Homecoming Weekend.

Miller scored his first three goals in less than five minutes to put the Wildcats up 3-0 with 29:53 remaining in the half.

“Korey (Miller) had an incredible game today,” added Lezak. “He was a workhorse on offense.”

Miller’s first goal came when he collected a loose ball in the box following an Athens corner kick, and drove it into the back of the net with 34:18 remaining in the half.

Just 30 seconds later, Miller took a feed from Mitch Hamilton and drove a shot from close range to make it 2-0.

With 6:25 left in the half, Miller poked the ball between the legs of a defender in the box, stepped around him, and beat the keeper with a hard shot to make it 4-0.

Senior Grant Liechty had two saves in net for the Wildcats.