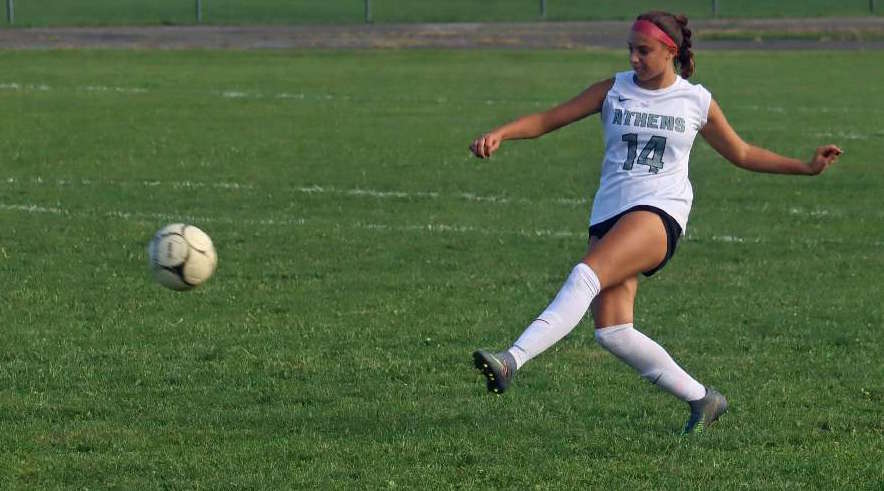 ROME, Pa. — Athens scored twice early, but Northeast Bradford shut them down the rest of the way and rallied for a 4-2 win here Thursday afternoon in NTL girls soccer action.

The Lady Wildcats scored on two of their first three shots-on-goal, with senior Ally Thoman putting the Lady Wildcats on the board a little more than six minutes into the game.

NEB’s Kayleigh Thoman scored twice in a nine-minute span to tie the game at 2-2 with 7:52 remaining in the first half.

Alena Beebe scored just 50 seconds later to give the Lady Panthers the lead for good, at 3-2.

Melanie Shumway tacked on an insurance goal midway through the second half for NEB.

Athens had a 20-19 advantage in shots-on-goal in the contest.

Karlee Bartlow had 15 saves in net for the Lady Wildcats.