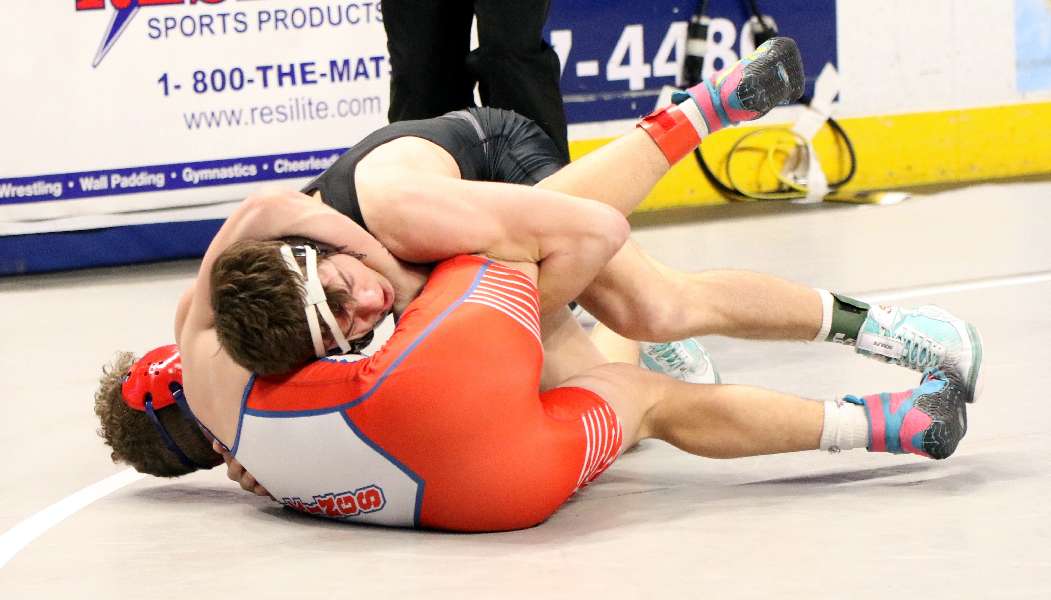 HERSHEY — Athens senior Karter Rude bounced back from an opening-round loss with a second-period fall to advance in the 152-pound consolation bracket here Thursday afternoon at the PIAA, Class AA Wrestling Championships at The Giant Center.

Athens coach Shawn Bradley was pleased to see Rude’s “mental toughness” shine through after losing a 5-2 decision in the opening round.

“It’s not easy to bounce back from a loss like that, especially when you’re a senior and it’s your first time here.

“He knows he kind of gave one away in the first match, but that’s the way to bounce back,” said Bradley.

Rude scored a takedown 22 seconds into the bout, and led 2-0 after the 60-second first period.

Rude scored a takedown to start the second period, then cut Johnson loose and registered another takedown for a 6-1 lead with 41 seconds left.

Johnson was working toward a cement drop, but Rude caught a leg for a cradle. He finished off the fall with a headlock.

“He’s been winning hard recently. You win hard, don’t go big, but he just lost in the first round at States, so go for it,” said Bradley. “If that’s what it takes to get his mind going, and get him going, I’m all for it. Just get after it and win matches, whatever it takes.

“The Karter of the past might have got hit with that cement drop,” noted Bradley. “(Johnson) was loading it up, but (Karter) was smart about it … he took it outside, ran around it, put him on his back and pinned him as a result.

“That kid was looking big, too,” added Bradley. “That’s a plus.”

Rude will face Northwest Region champion Kane Kettering, a senior from Reynolds, who has a 31-9 record in the second round of wrestlebacks.

“Now, he has to get on a run and keep it going,” said Bradley. “He has the type of ability, and the motor, he could win five in a row (to finish third).

“He just has to keep it going,” added Bradley. “In these five-minute matches, it’s gonna be a track meet, and I’ll take him every time.”