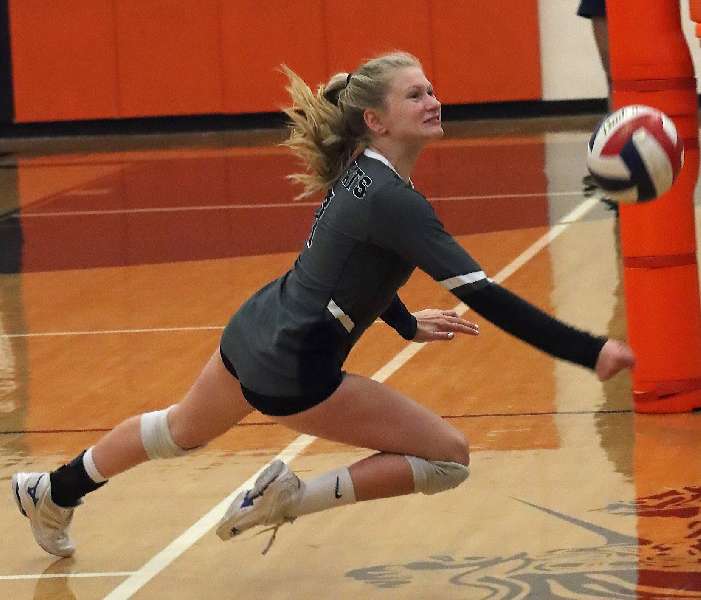 “I am beyond proud as a coach tonight,” said Athens coach Heather Hanson. “We were out two starters — Braelynn Wood due to injury and Audrey Clare due to illness — but got the job done.”

“Jenny Ryan played incredible tonight and definitely shined in her leadership role,” said Hanson. “The way that girl runs the floor is unbelievable. She is quick and agile, and made her passers and hitters look amazing.

“Ella Coyle’s defense and serve-receive was beautiful tonight,” noted Hanson. “Ella stepped up big and I saw her take more ownership of the entire back row … she was flying and it shows in her stats with 26 digs and 24 serve receptions.

Emily Marshall stepped up and saw a lot of playing time, along with Sammi Mack — both did great,” added Hanson.

“Cassy Friend and Jenny Ryan and had some hard hits tonight. It’s really cool to see these girls really step up at this stage of the season,” said Hanson.

“Cailin McDaniel was a leader out there and is so competitive,” she added.