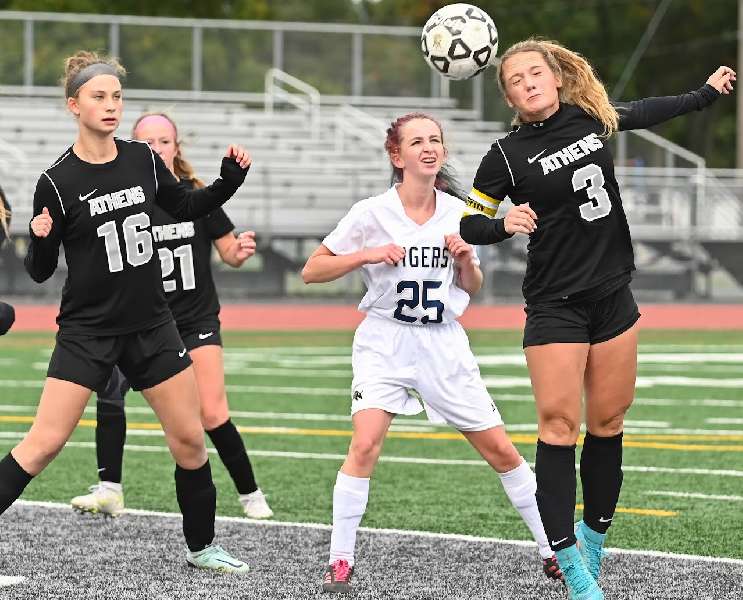 Thoman, who had scored six goals in her last three games, scored four more against the Lady Tigers, and Merrill added two goals.

Thoman put the Lady Wildcats on the board in the 11th minute, taking a through-ball from sophomore Addy Wheeler, and beating the NP-M keeper with a shot inside the far post.

About three minuted later, Merrill scored off a pair of quick passes from Thoman and Amber Galvin to make it 2-0.

With 3:39 remaining in the first half, Thoman collected a through-ball from Wheeler, and beat the keeper in a 1-v-1 to give the Lady Wildcats a 3-0 lead, which it carried into the halftime intermission.

About 4 1/2 minutes later, Thoman took a feed from Merrill, and punched a shot into the net from close range to extend the lead to 6-0. It's the second four-goal game this season for Thoman, who now has 15 goals.

Brooke Wilcox scored with a shot over the keeper’s head from 30 yards out with 3 minutes remaining to put NP-M on the board.

Carmelita Pomaquiza recorded five saves in the “clean sheet” for the Lady Wildcats.