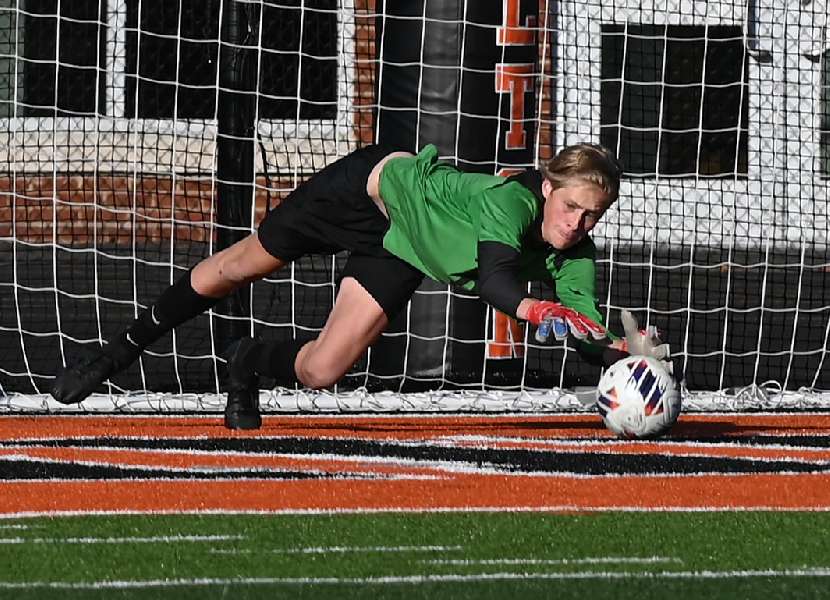 MILTON — Selinsgrove proved why it’s the top seed in the District 4, Class 3A boys soccer playoffs with a convincing 7-0 win over Athens here Saturday evening.

“I thought our guys played hard,” said Athens coach Jake Lezak. “Selinsgrove is a better team. If they don’t end up as District champs, I’ll be blown away.

“We knew their top three guys were going to hard for us to handle, and hard to run with, and they were.

“We were hoping to contain them, and get a goal or two, and see what we can do,” added Lezak. “At the end of the day, that team should go very far.”

Colin Findlay put the Seals on the board with a penalty kick about 2 1/2 minutes into the game.

About six minutes later, Nick Ritter made it 2-0. He completed a first-half hat trick by scoring with 15:53 and 5:58 remaining before the intermission.

“We made a couple mistakes in the first half that resulted in goals, but the other two — that’s just how good they are,” said Lezak.

Findlay scored again about 5 1/2 minutes into the second half, and Logan Rodkey and Jake Keeney added goal in a 2 1/2-minute span to make it 7-0 with 19:08 remaining in the contest.

The Wildcats will graduate a number four seniors.

“I’m really proud of the seniors,” said Lezak. “They came back last year, and won the league title

“They worked really hard this year, and did everything we asked them to,” he noted. “We moved them around, and played them in different positions.

“We’re glad they’re part of our soccer family, and we’re going to hate to see them go,” added Lezak.