TRIO OF WILDCATS FINISH IN TOP 5 AT NTL COACHES CHAMPIONSHIPS 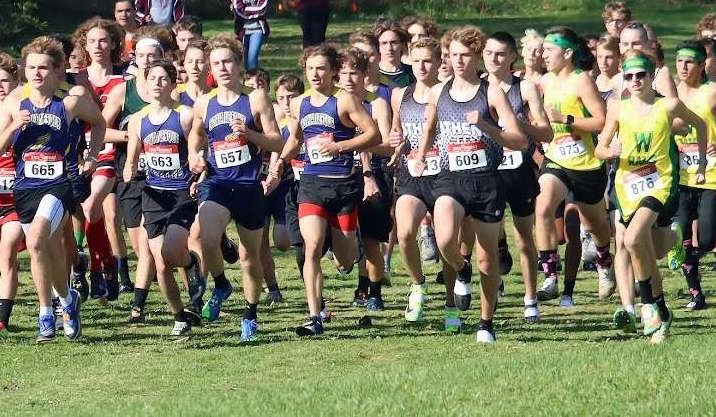 ROME — Athens saw three individuals finish in the top five between the girls and boys races here at the NTL Coaches’ Championships on Saturday.

For the girls sophomore Sara Bronson (20:46.9) and senior Emma Bronson (21:44.2) placed second and fourth to lead the Lady Wildcats to a third place team finish with 80 points.

Bronson ran with overall winner, NEB’s Gracelyn Laudermilch (20:31.9), for the first half of the race, but ultimately lost contact as she finished 15 seconds behind.

“I wanted to stick with her because I know she always runs well,” said Sara. “I thought if I was with her, it’s be a good race.”

Emma has had an up-and-down dual meet season, but had a strong showing on Saturday, holding off NEB’s Melanie Shumway (21:52.6) for fourth.

“Today was a lot better than some of my previous races,” remarked Emma. “It’s really a confidence booster to know that I can do it going into districts.”

“It feels great,” Hicks said on finishing in the top five.

After CV’s top three and NEB’s Creed Dewing was when the race could get interesting, with the question being who would step up. Hicks answered that question, nearly catching CV’s Nathaniel Welch down the stretch after running with him all race long.

“I knew it was going to be tough, but I knew if I just stayed up with Welch, it’d be good from there,” Hicks said.