Post scored his first goal with 22 minutes remaining in the first half to give the Wildcats a 1-0 lead, but the Tigers scored 12 minutes later to send the game into the halftime intermission at 1-1.

With 16:28 remaining in the contest, Post scored again to make it 2-1, and senior Levent Van Helden, off a feed from junior Korey Miller, tacked on an insurance goal about two minutes later.

Athens registered a 10-2 advantage in shots-on-goal and had a 5-2 edge in corner kicks. The Tigers did not have a shot or a corner kick after the intermission.

Senior Grant Liechty had one save in net for the Wildcats. 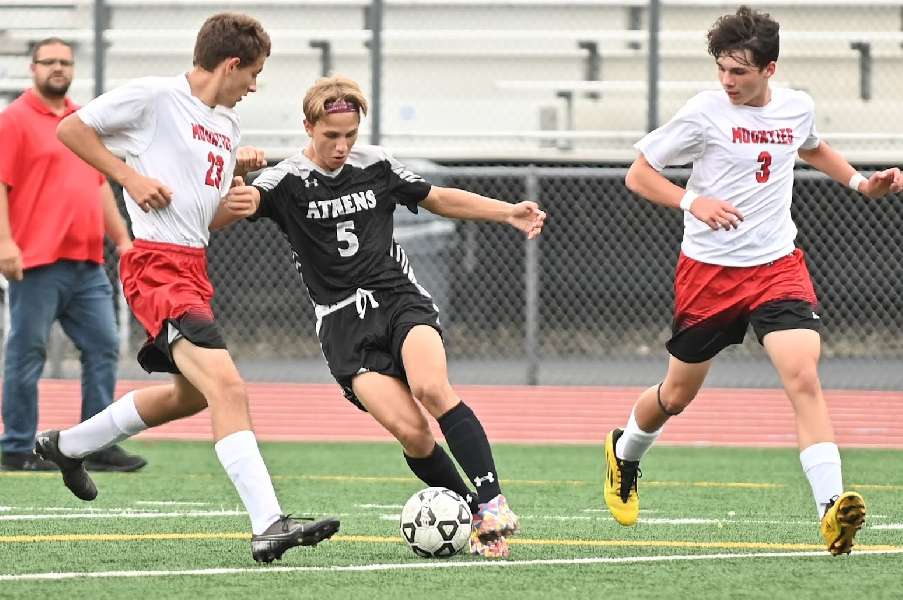 ATHENS — Sophomore Isaac Wilcox, off a feed from junior Korey Miller, scored 84 seconds into the game, and the Athens defense made it stand in a 1-0 win over North Penn-Liberty here Wednesday afternoon in NTL boys soccer action.

The Wildcats opened the season wins over Troy and North Penn-Liberty early last week, then dropped decisions to Montoursville and Benton at the Montoursville Tournament Saturday.

“It was nice to get the win,” said Athens coach Jake Lezak. “After dropping the last two and we have a lot of beat-up bodies right now with some guys out that didn’t play at all today. I think some of the younger guys and some of our regular subs stepped in and played really well.”

Athens controlled play throughout the game, outshooting NP-L, 11-2, and taking 13 corner kicks to the Mountaineers’ three.

The Wildcats gave up a goal late in a 2-1 loss to Montoursville in the opening game, then dropped a 2-0 decision to Benton in the consolation game.

Montoursville 2, Athens 1
Montoursville scored late in the game to pull out a 2-1 non-league win over Athens here Saturday morning in the opening round of the Montoursville Tournament.

After a scoreless first half, Mason Winslow scored about 2 1/2 minutes into the second half to give the Warriors a 1-0 lead.

The Wildcats knotted the game midway through the second half. Senior Levent Van Helden headed a throw-in from junior Korey Miller to senior Brayden Post, who found the back of the net to make it 1-1.

With 5:12 remaining, Wyatt Fry, off a feed from Winslow, scored to give Montoursville a 2-1 lead.

Montoursville had a 9-2 advantage in shots-on-goal, and an 8-4 edge in corner kicks.

Consolation Game
Benton 2, Athens 0
Benton scored a pair of second-half goals in a 2-0 win over Athens in the consolation game of the Montoursville Tournament.

After a scoreless first half, Benton scored just 76 seconds into the second half to take a 1-0 lead.

The Tigers added a penalty kick with 9 minutes remaining to seal the win.

Liechty recorded seven saves in net for the Wildcats.

The Wildcats got on the board about 6 1/2 minutes into the goal on an own goal by the Mountaineers. Junior Dash Bishop was credited with the goal.

With 18:12 remaining in the first half, Miller, off a feed from Van Helden, gave Athens a 2-0 lead with a shot into the back of the net.

With 5:48 left in the half, Van Helden put his name in the scoring column, with sophomore Matt Driesbaugh getting credit for the assist. The Wildcats led 3-0 at the half.

Miller, again off a feed from Van Helden, gave the Wildcats a 4-0 advantage in the 55th minutes.

Sophomore Brayden Onofre put the finishing touches on the win to make it 5-0 with 5:42 remaining in the game.

Athens had a 6-2 edge in shots-on-goal, and an 8-3 advantage in corner kicks.

Grant Liechty had two saves in net for the Wildcats.

Athens, now 2-0, returns to action Saturday at the Montoursville Tournament. 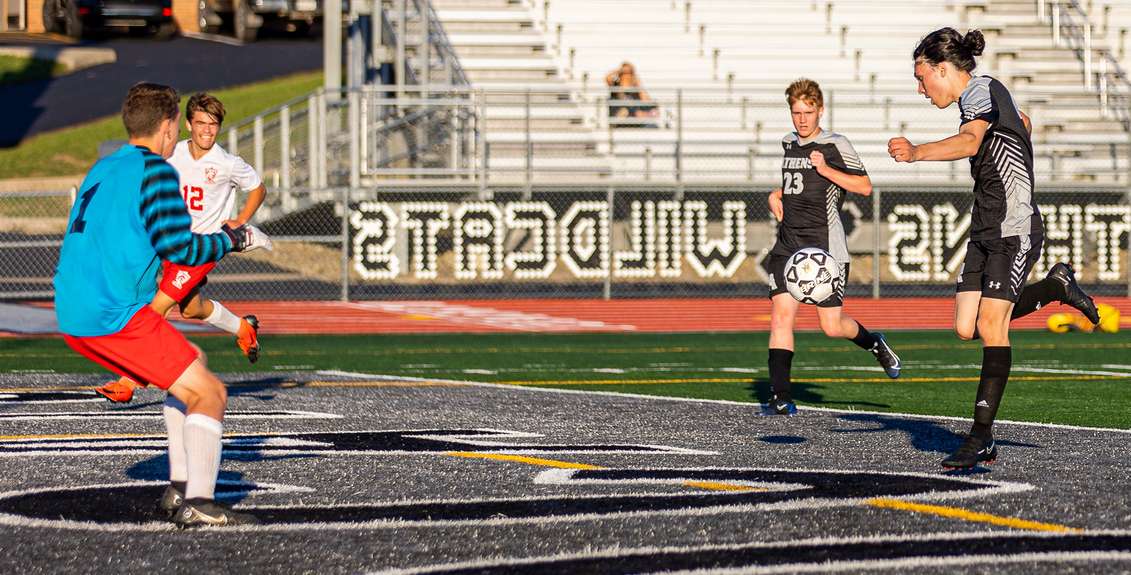 ATHENS RIDES BIG FIRST HALF TO SEASON-OPENING, 6-1, WIN OVER TROY

ATHENS — Athens scored five goals in a dominant first half on its way to a 6-1 win over Troy here Wednesday evening in NTL boys soccer action.

Senior Brayden Post scored just 38 seconds into the contest to give the Wildcats a quick 1-0 lead.

Junior Korey Miller scored about three minutes later to give Athens a 2-0 lead. Alex Campbell was credited with a safe.

Just 30 seconds later, Levent VanHelden scored an unassisted goal to put the Wildcats up 3-0 five minutes into the contest.

Freshman Marco Quiros, a transfer student from York, Pa., scored off a feed from VanHelden to make it 4-0 with 12 minutes remaining in the half, and VanHelden capped the first-half scoring off a feed from junior Mitch Hamilton.

With 26:45 remaining in the contest, Hamilton scored an unassisted goal to extend the lead to 6-0.

Brady Spalding put the Trojans on the board with 6 1/2 minutes remaining in the contest.

Senior Grant Liechty had one save for Athens, while Ethan Cole had 10 saves for Troy.